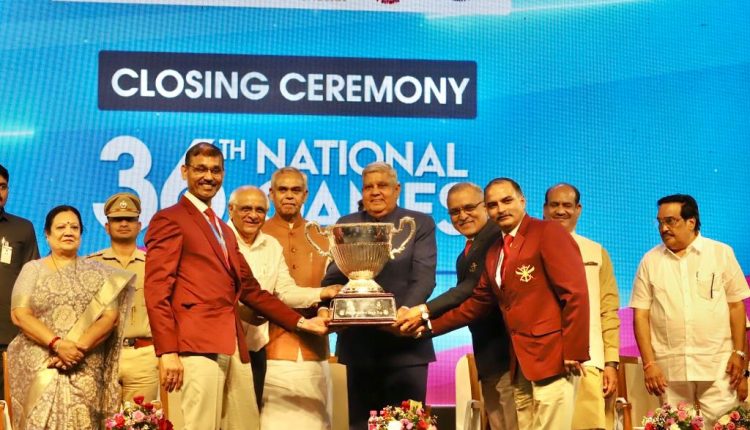 Ahmedabad: Odisha finished their campaign in the 36th National Games in Gujarat with a haul of 26 medals including 4 gold, 11 silver and 11 bronze.

Odisha finished 17th in the final standings out of 32 states, UTs and institutions which won medals.

Services were runaway champions in the Games again, with 61 gold, 35 silver and 32 bronze for an aggregate of 128 medals. Services thus retained the Raja Bhalindra Singh Trophy.

Maharashtra managed more medals overall (140), but they were way behind Services on the gold count with just 39 top finishes.

Swimmer Sajan Prakash (5 gold, 2 silver, 1 bronze) received the Best Male Athlete’s award. It was his second successive award, having won it in 2015 when the Games were last held.