Naveen Felicitates Malu Brothers For Their Success In JEE Advance 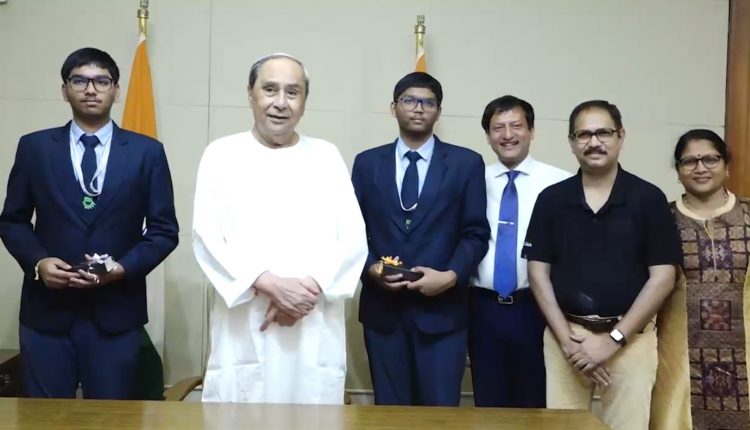 Deevyanshu of KiiT International School (KIIT-IS), Bhubaneswar, emerged as Odisha topper in the JEE Advance test with All India Rank 11, the results of which were declared on Sunday. He appeared at the examination from the IIT-Bhubaneswar zone and was ranked second in the zone.

A native of Bhubaneswar, Deevyanshu recently won gold medal in International Physics Olympiad conducted in Mumbai by a Switzerland organisation. He was the only Indian in this session to bag the gold medal in the Olympiad. He was also the topper of JEE (Main) with 99.989 NTA score and plans to pursue computer science at IIT Bombay.

Deevyanshu’s twin brother Deeptanshu Mallu also secured 228 All India Rank in JEE Advance. He plans to make a career in research in Mumbai.

The two brothers met the chief minister at the latter’s residence at Naveen Nivas in Bhubaneswar. Naveen congratulated them for their achievement which has making Odisha proud and wished them greater success in future.

They were accompanied by their father Chandan Malu, mother Swati Malu and Principal of the school Dr Sanjay Suar in the meeting.

Bride Made To Sign Hilarious Wedding Contract; Read On