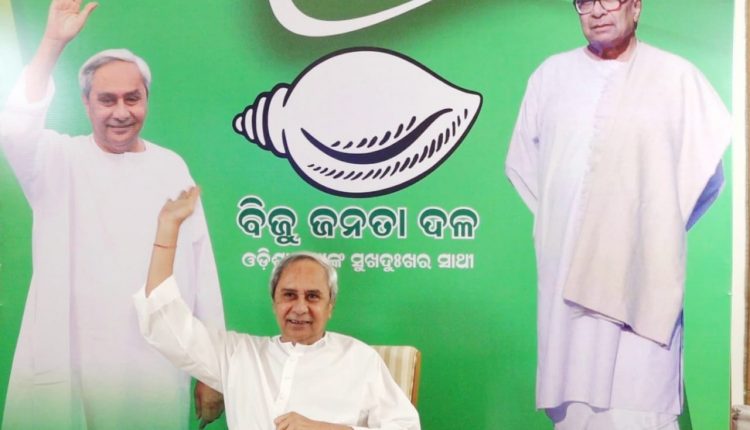 Bhubaneswar Chief Minister and BJD president Naveen Patnaik will virtually campaign for the party candidate for Dhamnagar Assembly constituency Abanti Das on October 30. The by-election is scheduled to be held on November 3.

There was speculation that the BJD president, who did not personally campaign in the last two by-elections in Pipili and Brajarajnagar, might join the campaign trail with former MLA Rajendra Das queering the pitch as a rebel candidate. The party has fielded 40 star campaigners for its candidate and Naveen was named in the list along with senior leaders, ministers and party MLAs.

Also Read:  Naveen To Campaign In Dhamnagar Amid Rebellion In BJD Camp; Check The Missing Names

While the ruling BJD, which has won all five bypolls since 2019, has asserted that the ‘Independent candidate’ will have no bearing on its prospects, Das can ring trouble if he manages to pocket around 20,000 votes. The regional party attempted a masterstroke by fielding a woman candidate, Abanti Das, to counter the sympathy wave in favour of the Suryabanshi Suraj Sthitaprajna, son of Bishnu Sethi whose demise necessitated the by-election, but the current turmoil in the BJD camp is expected to benefit the latter.

To counter the dual challenge of defeating its opponents as well as the dissidence factor, which is likely to split some party votes, several ministers and senior leaders of the party are camping in Dhamnagar ahead of the polls. A senior leader said the party is confident of wresting Dhamnagar seat from BJP by a record margin.

The BJP,  on the other hand, has a lot at stake at Dhamnagar and the crisis in the BJD may come as a shot in the arm for the party candidate with past experience of sympathy wave not having worked in its favour as was the case in Balasore bypoll where Manas Dutta, son of former MLA Madan Mohan Dutta, lost to BJD’s Swarup Kumar Das by a margin of over 13,000 votes.

Five, including Congress’ Baba Harekrushna Sethi and two independents, are in the fray for the bypoll for which votes will be cast at 252 polling stations.