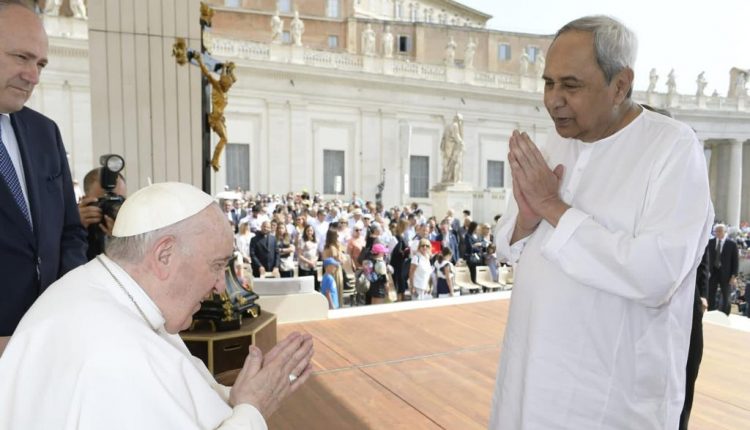 Bhubaneswar: Odisha Chief Minister Naveen Patnaik on Wednesday became India’s first head of a provincial government to meet Pope Francis, the Pope of Rome and Head of Catholic Church, in Vatican City. He was accompanied by 5T Secretary VK Pandian to the meeting.

“It has been an absolute pleasure meeting His Holiness Pope Francis (@Pontifex) in Vatican City. Thanked him for the warm audience and wished him good health and a long life (sic),” the CM later tweeted.

Naveen is currently on a 10-day foreign trip to Rome and Dubai, his second as chief minister of Odisha in 22 years. He is visiting Rome at the invitation of World Food Program (WFP) and would share the transformative initiatives of Odisha in the field of food security and disaster management.

His meeting with Pope is expected to grab international eyeballs and push the five-time CM’s political stature by a few notches higher. Notably, the Centre had earlier denied permission to West Bengal Chief Minister Mamata Banerjee to attend a World Peace Conference in Rome, which had Pope Francis among others in attendance, on October 6 and 7, 2021. The Centre had then said that the “event is not commensurate in status for participation by the chief minister of a state”.

Odisha Bytes was the first to report about this meeting on June 6. 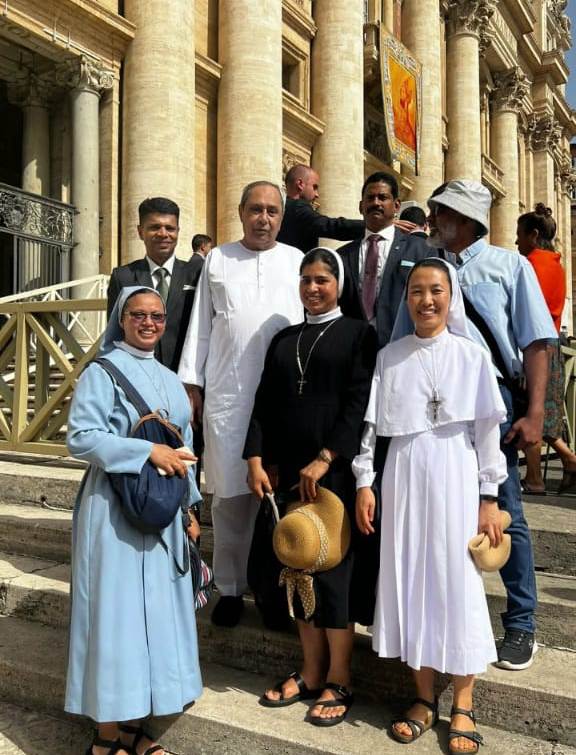 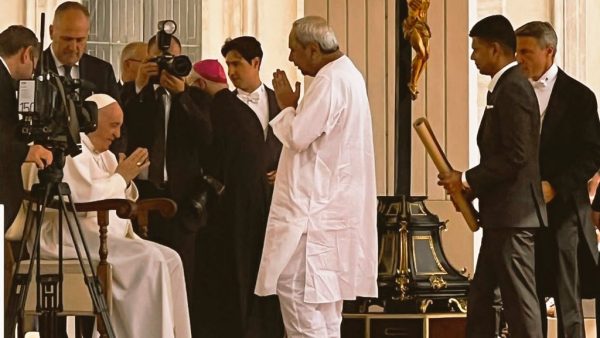 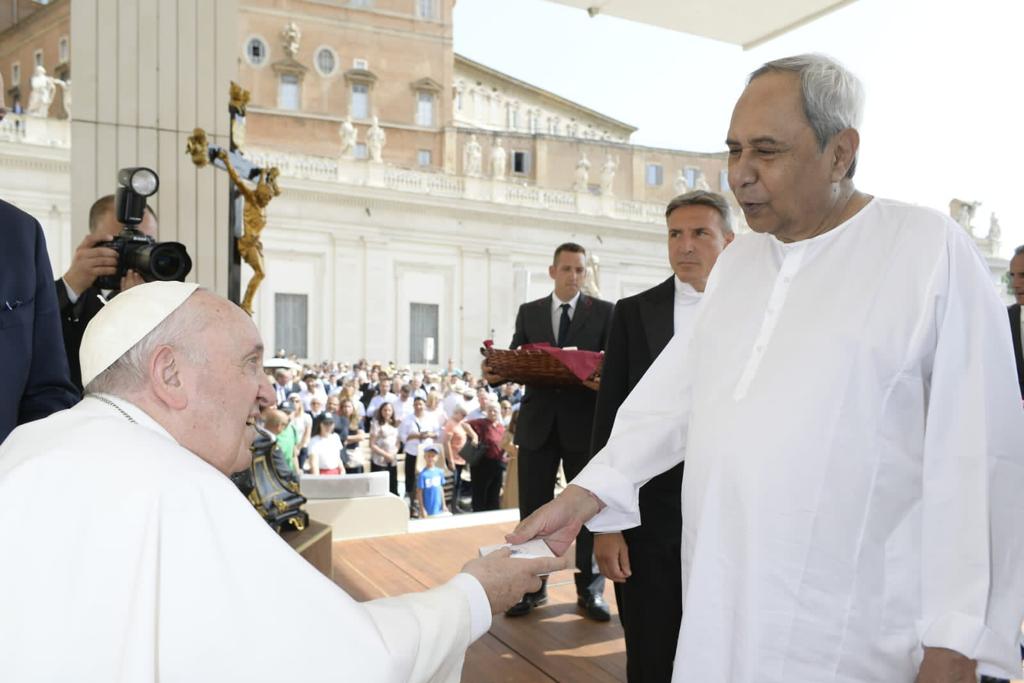 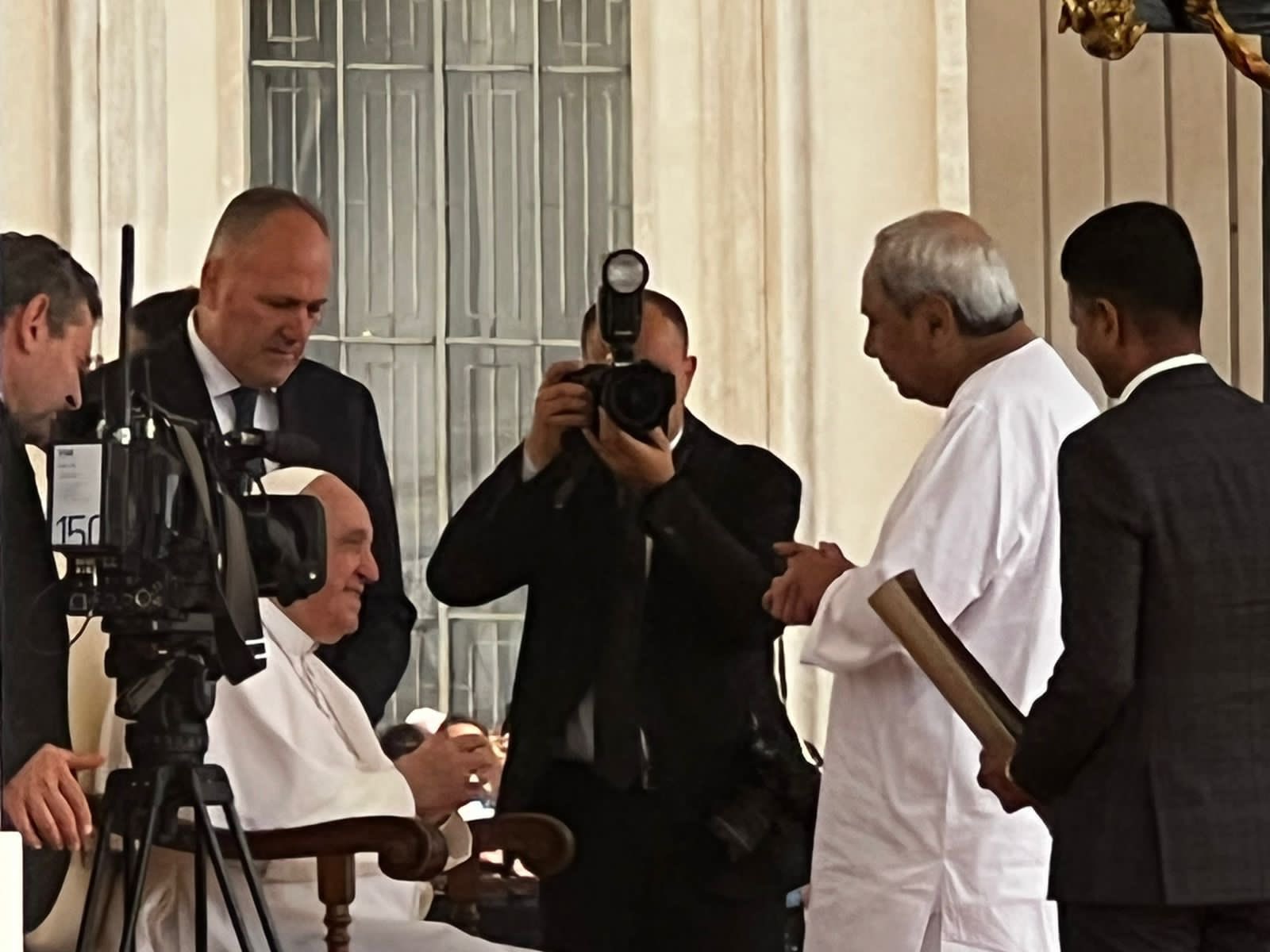 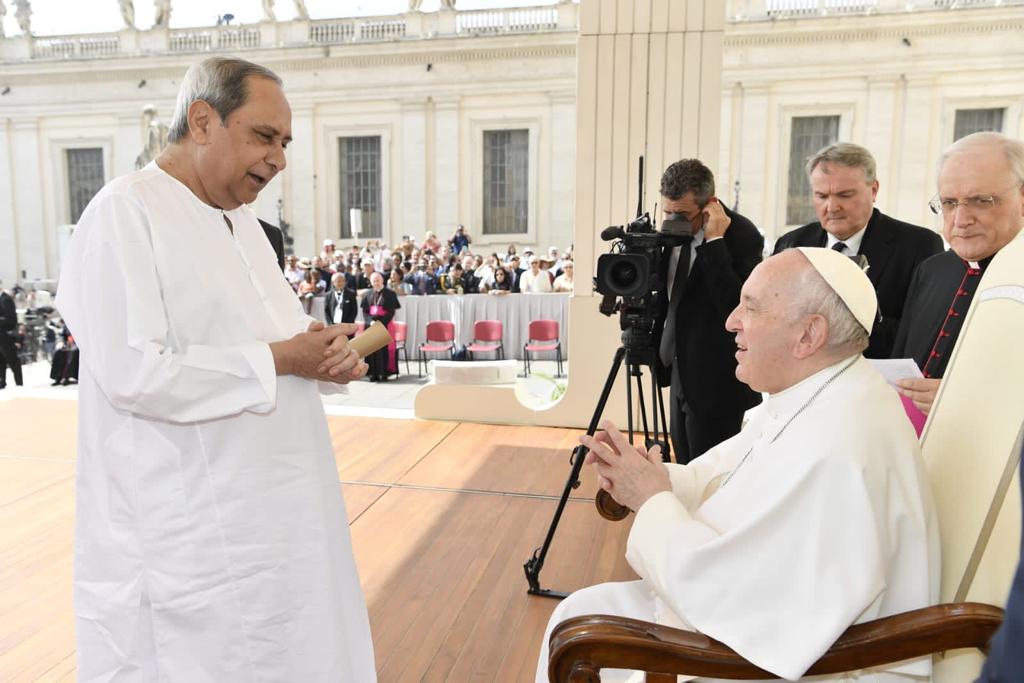 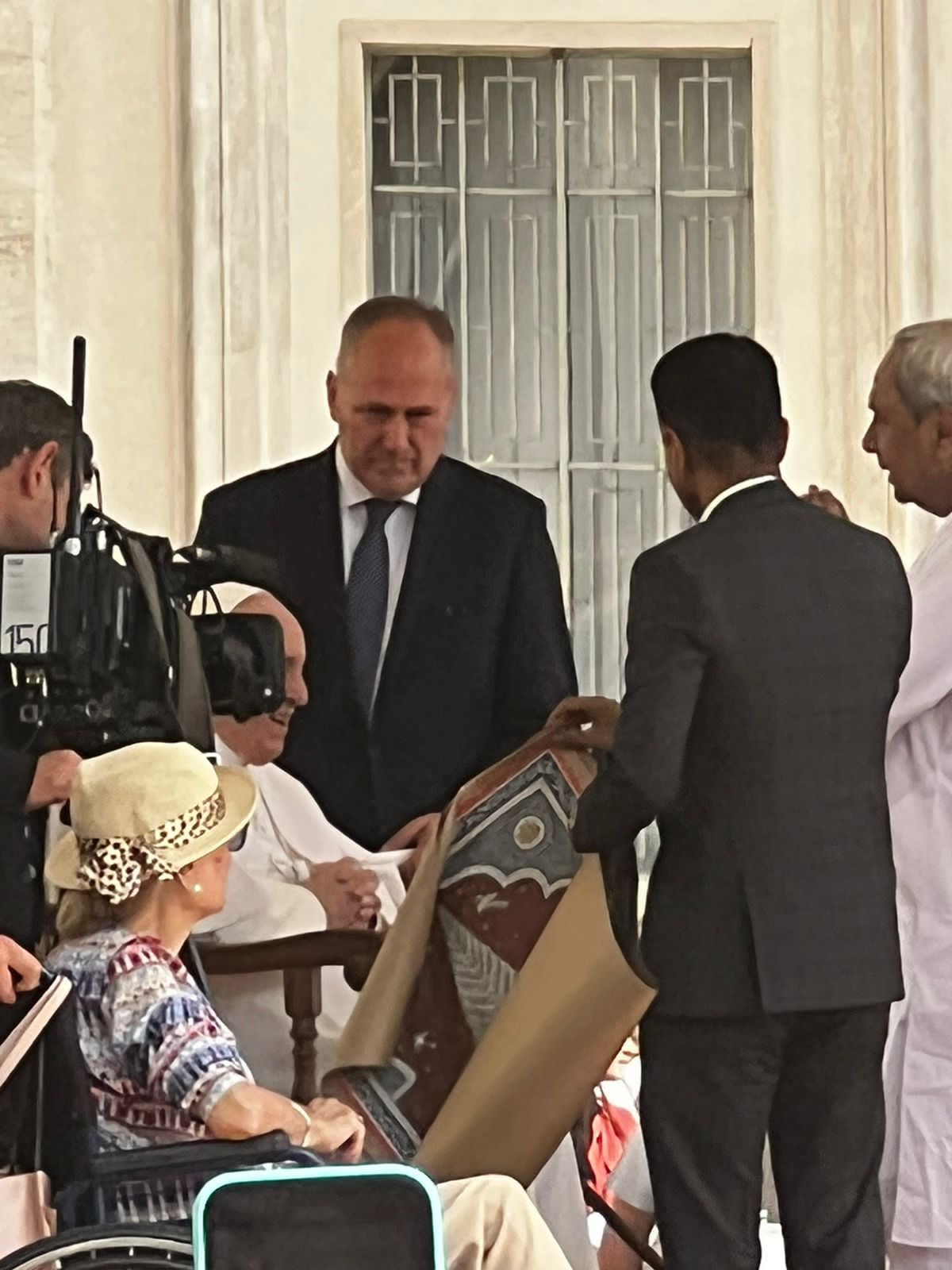 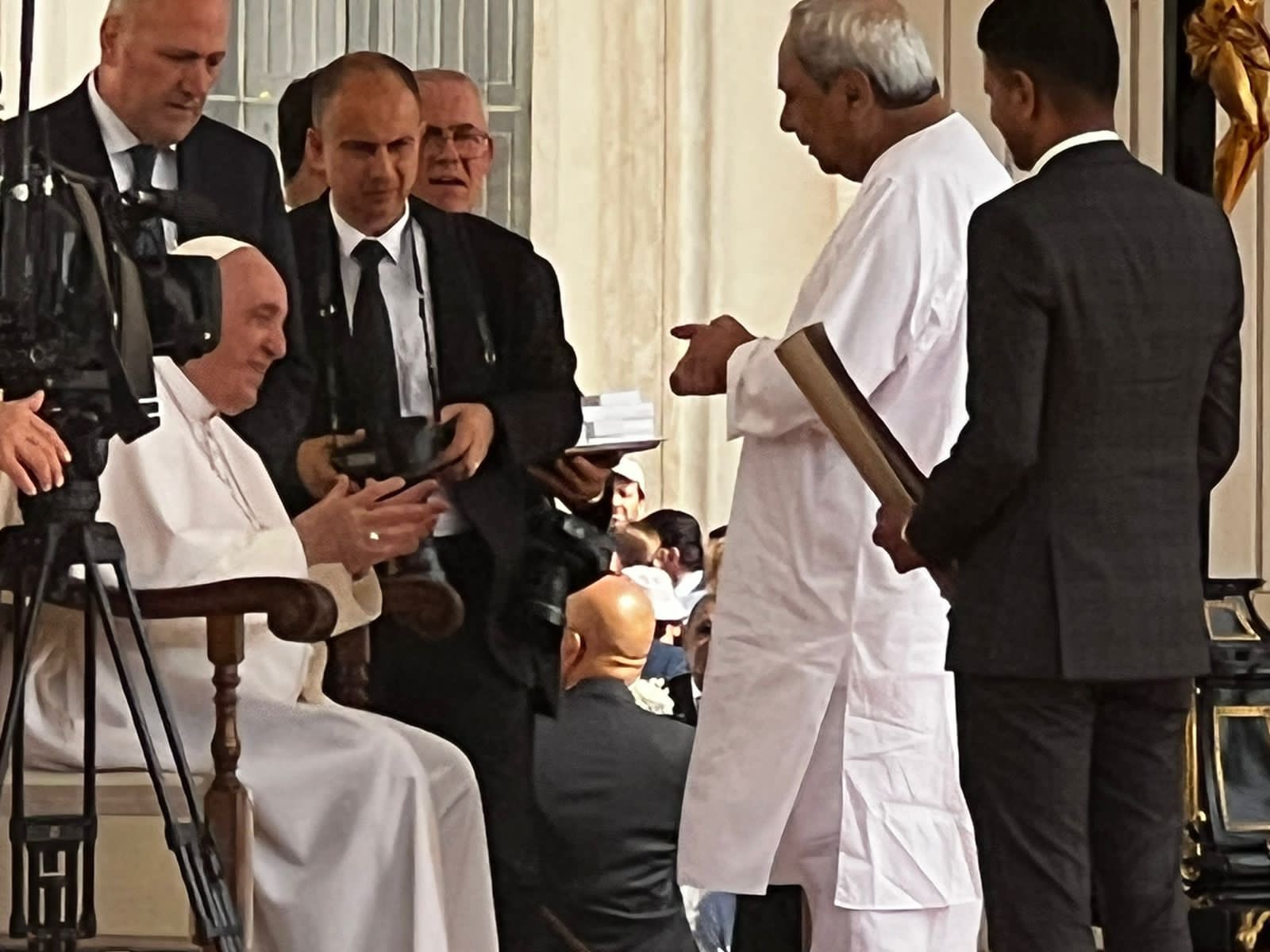 On Tuesday, the CM began his Rome visit by first paying tribute to Mahatma Gandhi at the Mahatma Gandhi Memorial Statue at the Piazza Gandhi. He had met India’s Ambassador to Italy, Neena Malhotra, after reaching ‘the Eternal City’ of the south-central European country the previous day.

He is scheduled to meet the Executive Director of WFP David Beasley and the senior leadership of WFP and have detailed discussions on Odisha’s partnership with WFP and future projects, which will further help the state in ensuring food security in a sustainable manner. Naveen will also meet the Odia diaspora from various parts of Europe and discuss the possible ways to engage with the diaspora in promoting the art and culture of Odisha.

On his way back from Rome, Naveen will meet potential investors from across West Asia in Dubai in the United Arab Emirates. He will invite them to invest in Odisha.

Zomato Delivery Agent Thrashed, Spat At For Being A Dalit