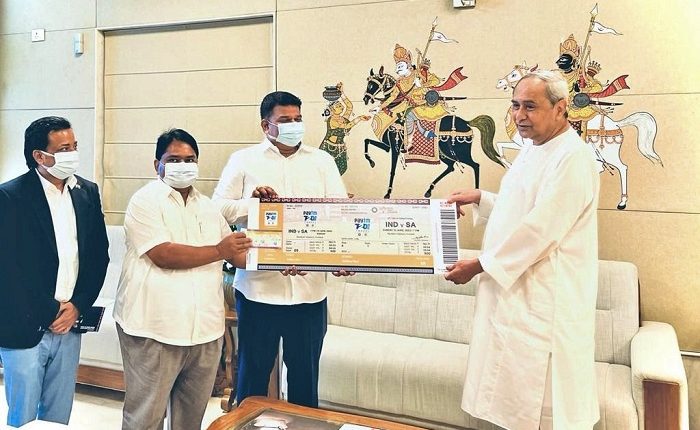 Cuttack: Odisha Chief Minister Naveen Patnaik on Monday purchased the first ticket of the T20 International between India and South Africa, to be played at Cuttack’s Barabati Stadium on June 12.

Odisha Cricket Association president Pankaj Lochan Mohanty and secretary Sanjay Behera handed over the ticket to the CM at Naveen Niwas today. 5T secretary to CM VK Pandian was present on the occasion.

OCA officials briefed Naveen about the elaborate arrangements being made for the sale and distribution of tickets.

The five-match T20I series will get underway at Delhi on June 9, followed by the match at Barabati. The third, fourth and fifth games will be played at Visakhapatnam, Rajkot and Bengaluru.