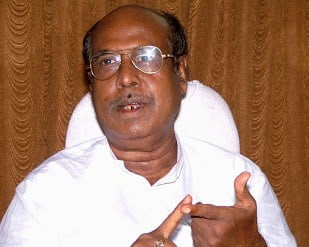 Bhubaneswar: Ahead of the Assembly elections in the state, BJD president and Chief Minister Naveen Patnaik on Monday revoked the expulsion of veteran leader and former finance minister Prafulla Ghadai.

The veteran leader was expelled from the party in September 2014 after a leading Odia daily quoted him making certain unpalatable statements against Naveen. In the interview, he had purportedly questioned the leadership of the BJD president and accused him of being under the influence of a coterie.

Ghadai, who had represented the Sukinda Assembly seat for five terms since 1990 and was the finance minister in the Naveen Patnaik government, fell from his party supremo’s grace following the unsuccessful coup attempt by Pyari Mohan Mohapatra on May 29, 2012.

He was dropped from the ministry in August 2012, denied a ticket to seek re-election from the Sukinda Assembly seat in 2014, which was instead given to his son Priyaranjan, and later expelled from the party for allegedly attempting to weaken the leadership.

This Is How Odisha Govt Is Encouraging People To Take 2nd…