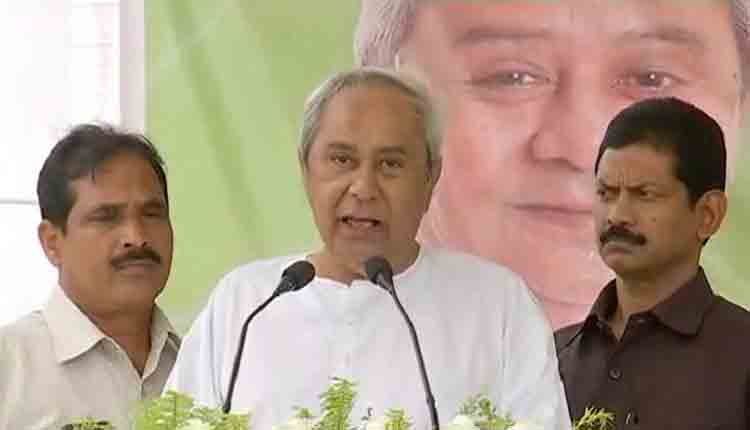 Khurda: Chief Minister Naveen Patnaik on Sunday urged President Ram Nath Kovind to sincerely consider the demand of the people of Odisha to accord the first war of Independence status to the historic Paika Rebellion.

He also urged the President to consider another demand of the state to run a special express train in the name of eminent freedom fighter Buxi Jagabandhu.

He thanked the President for gracing the event to lay the foundation stone of the historic memorial of the brave and diehard Paikas of Odisha and the Union Culture Minister Prahllad Singh Patel and Union Steel, Petroleum and Natural Gas Minister Dharmendra Pradhan for jointly taking up the construction of the memorial.

Stating that state government has provided the land for the proposed memorial, he said it would provide all infrastructure assistance too.

The Chief Minister said that the Paika Rebellion of 1817 was a mass agitation and the first struggle for freedom in the country against the British rule in which the people of Odisha had actively participated. “I offer my profound tribute to the valiant freedom fighters like Buxi Jagabandhu and Jai Rajguru for their selfless sacrifice in upholding the pride of Odisha,” he added.

The Chief Minister also said that the valour of the Paikas had made Odisha a powerful kingdom which had spread from Ganga to the Godavari under the rule of kings like Kharavela and Kapilendra Dev. Under their regime, Odisha had remained undefeated till 1803, he added.