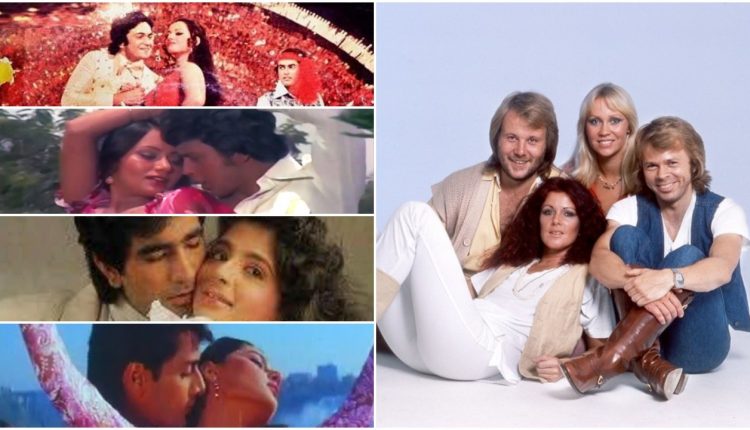 Every 70s & 80s born with some inclination for western music has a special place in their hearts for the songs of the Swedish pop band ABBA. Their songs “Dancing Queen” and “Take A Chance On Me” sold over one million copies each in the US alone and are still played daily on many radio stations worldwide. Other hits like “Fernando”, “Winner Takes it All”, “I have a dream”, “Mamma Mia!” and many more remain favourites of many quadragenarians and the older across the globe today. The Hollywood musical rom-com blockbuster starring Pierce Brosnan, Meryl Streep & Colin Firth, “Mamma Mia!” even paid a tribute to the band by featuring 21 of their greatest hits in the movie.

While there were many tribute albums and cover versions of the songs (including ones from the legendary Cher) of the band globally, back home Bollywood singers and composers of the 80s were not left far behind. In 1981, singer/actress Salma Agha (of Nikaah fame) and her sister Sabina Agha paid a tribute to the band by releasing an album “ABBA in Hindi” which had ABBA hits with Hindi lyrics sung by the sisters.

Surprisingly among all Bollywood composers, one of the most influenced from the band’s songs was none other than the music maestro R D Burman. The 1977 musical blockbuster Hum Kisise Kam Nahin starring Rishi Kapoor had a Kishore Asha duet “Mil Gaya Humko Sathi Mil Gaya”, which took inspiration from ABBA’s “Mama Mia!”. From the electric guitar tune that inspires the first line “Mil Gaya Humko Sathi Mil Gaya” to “Tere Liye Zamana Tere Liye” portion which picks from “Mama Mia! Here I go again”, RDB’s inspiration is limited to just these two lines and goes no further.

When the ingenuous RDB features in this list, there is no surprise that the ever-inspired Bappi Lahiri, Anu Malik and Anand Milind are a part of this bandwagon. The 1979 Bond-like spy thriller starring Mithun Surakksha (of Gunmaster G9 fame) had a melodious Bappi Lahiri & Lata Mangeshkar duet “Dil Tha Akela Akela” which was lifted from ABBA’s 1974 track, “Hasta Manana” from the album Waterloo. It would be unfair to call the melodious Hindi version a complete lift since the borrowing was limited only to the first two lines and the song would have probably been more popular among the masses had it been in a mainstream voice of the 80s like Kishore, Rafi, Mohd. Aziz or Suresh Wadkar instead of the unconventional voice of Bappi Lahiri.

In the 90s, the scions of legendary composer Anil Biswas, Amar Biswas and Utpal Biswas (composing as Amar-Utpal) were a constant presence in various T-series movie ventures like Aaja Meri Jaan, Kasam Teri Kasam, and Bewafa Sanam after churning hits for a couple of Amitabh-starrers – Shahenshah and Main Azaad Hoon. In the Krishan Kumar-starrer Kasam Teri Kasam in 1993, the S P Balasubramaniam & Anuradha Paudwal duet “Neend Mujhko Aayee Nahin” was a note-on-note lift of the ABBA song “Winner Takes It All”.

Anu Malik too drew inspiration from ABBA for his composed Kumar Sanu-Sadhana Sargam duet “Tu Waaqif Nahi” from the 1996 Akshay Kumar-starrer blockbuster Khiladiyon ka khiladi. To Anu Malik’s credit, this is a heavily improvised inspiration of the song “Fernando” and only the portions “O Jaanam O Jaanam O Jaanam” are recognizably lifted from the original.

While there are no other notable Bollywood songs that took inspiration from ABBA, the band continues to inspire singers worldwide and their songs continue to list high on the playlists of music lovers across the globe.