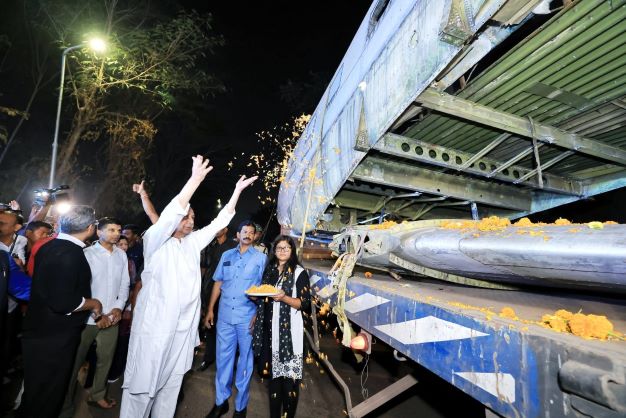 Bhubaneswar: Chief Minister Naveen Patnaik welcomed the iconic Dakota aircraft of his father late Biju Patnaik on its arrival at the airport in Bhubaneswar on Wednesday night.

As the parts of dismantled Dakota DC-3 VT-AUI aircraft arrived in 3 trailers at the Biju Patnaik International Airport, the Chief Minister accompanied by ministers and MLAs welcome it by showering flower petals.

Speaking on the occasion, Naveen said, “I am very happy that the Dakota aircraft flown by Biju Babu has arrived at Bhubaneswar. He had undertaken several daring operations with this aircraft. Among those, most daredevil act was rescue of Indonesian freedom fighters from the clutches of Dutch forces. My mother Gyan Patnaik was the co-pilot of Biju Babu in that Dakota aeroplane.”