Navjot Sidhu Assigned To Work As Clerk In Patiala Jail 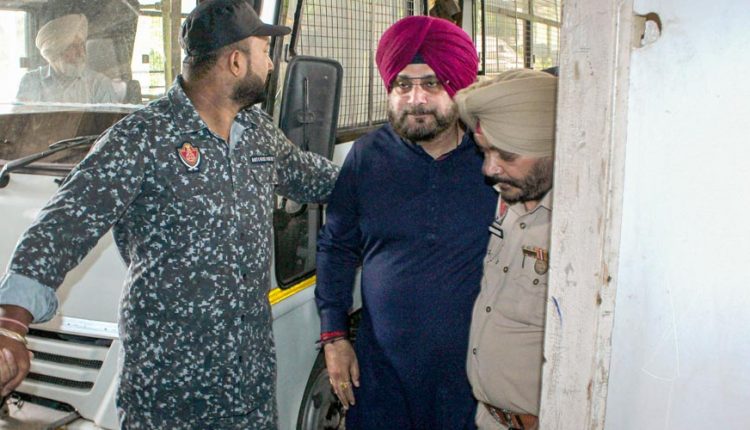 Chandigarh: Navjot Singh Sidhu has been appointed as ‘munshi’ (assistant) and will have to do clerical work in Patiala central prison where he is serving a one-year jail term in a 1988 road rage death case.

The 58-year-old cricketer-turned-politician will work from the barracks itself as he is a high-profile prisoner, PTI reported.

Sidhu will be trained for three months and taught how to brief lengthy court judgments and compile jail records.

As per the jail manual, the former Punjab Congress chief will not be paid for the first 90 days. Once he completes his training, Sidhu will be entitled to get wages between Rs 40 and Rs 90 per day depending on his skill classification – unskilled, semi-skilled or skilled.

Navjot Sidhu will work from the barracks itself as he is a high-profile prisoner.

According to jail authorities, Sidhu started working as a clerk on Tuesday in two shifts — 9 am to noon and 3 pm to 5 pm, India Today reported. Security has been tightened inside the barracks, with five wardens and four jail inmates having been asked to keep an eye on Sidhu.

Sidhu, who suffers from medical conditions like embolism, has a liver ailment and underwent treatment for acute deep vein thrombosis, underwent a medical examination on May 23 at a Patiala hospital.

He was diagnosed with obesity and metabolic disorder and doctors have recommended a special diet for Sidhu.

Sidhu was sentenced to one-year rigorous imprisonment by the Supreme Court on May 19 in a 1988 road rage case. He surrendered on May 20 before the trial court in Patiala.

PM Modi Encourages Indian Students To Apply For QUAD Fellowship; What Is It & Who Can Apply?