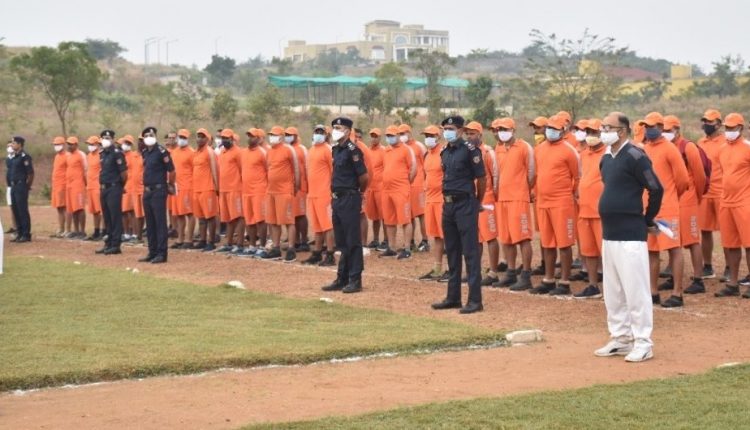 Bhubaneswar: The National Disaster Response Force (NDRF) has earmarked 64 teams to tackle the situation arising out of impending cyclonic storm ‘Jawad’ that is predicted to affect the states of Odisha, Andhra Pradesh and West Bengal.

The NDRF informed this during a review meeting by Prime Minister Narendra Modi.

Of the 64 teams committed by the NDRF for Andhra Pradesh, Odisha, West Bengal, Tamil Nadu and Andaman and Nicobar Islands, 17 teams are for Odisha.

The Disaster Response Force has deployed 12 teams and 5 are on reserve, stated tweets by the NDRF.

The India Meteorological Department (IMD) has stated that a low pressure region in the Bay of Bengal is expected to intensify into Cyclone Jawad, which is likely to reach the coast of North Andhra Pradesh and Odisha around the morning of December 4. 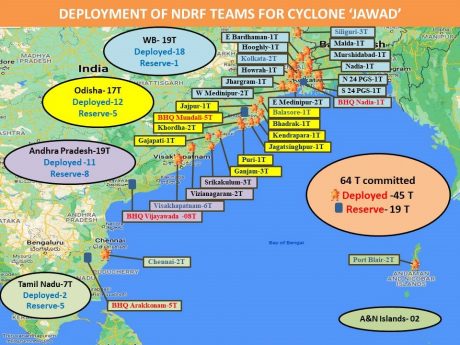 On the other hand, all leading MeT models, including INCOIS, NCEP-GFS, ECMWF and ACCESS-G3, have predicted that the cyclone will make landfall to the south of Puri around 12 pm on Sunday.

The wind speed is likely to reach 90 kmph gusting to 100 kmph in Puri and Jagatsinghpur. Ganjam, Khurda, Kendrapada and Cuttack may experience gale up to 60-80 kmph at the time of landfall, it added.

Post landfall, the system will pass over Jagatsinghpur and adjoining Kendrapada districts, only to emerge in the northwest Bay of Bengal. The weakened system will then head for West Bengal.