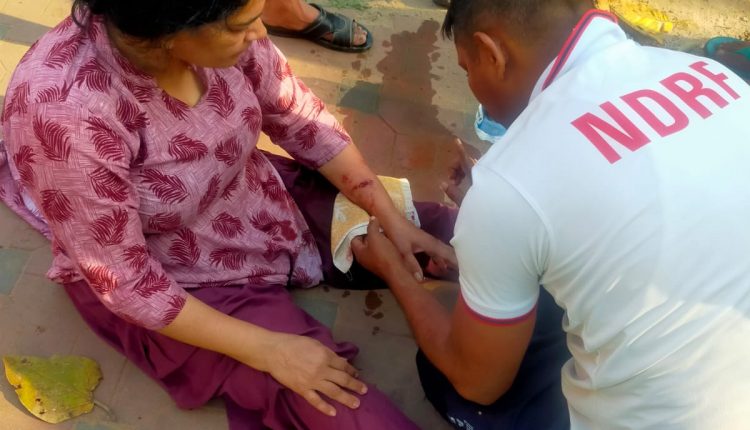 Cuttack: In a humanitarian gesture, an NDRF constable came to the rescue of a woman, who was lying unattended after sustaining injuries in an accident in the city on Wednesday.

According to sources, while constable Balaram Ghosh of 3rd Battalion, National Disaster Response Force (NDRF) was going towards the Battalion from Cuttack railway station, he saw 55-year-old woman lying on the main road near Puri Ghat police station.

Ghosh found that the woman, who was injured in an accident, was crying for help. But no commuters or local people were coming to her help. 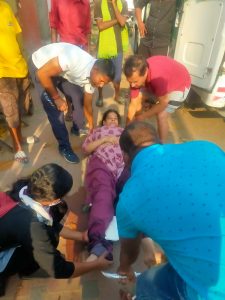 The woman, identified as Bidya Sharma of Puri Ghat, had sustained injuries in her right leg and hand. Both leg and hand had got swollen and were bleeding.

Ghos rushed to her help and gave her first aid. On being informed by him, the police and ambulance came to the spot and admitted the injured woman in the SCB Medical.

The senior officers of the NDRF have appreciated the efforts of Ghosh for going out of the way to to save the woman beyond his duty hours.

Ukraine Military Operation A Success, Had No Other Option: Putin