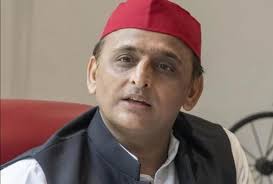 Speaking to mediapersons for the first time since BJP retained power in UP, the Samajwadi Party president said that if the movie ‘The Kashmir Files’ can be made on Kashmir, then Lakhimpur Files can also be made.

“If Kashmir Files can be made, why can’t Lakhimpur Files be made on the incident where a jeep had crushed a group of protesting farmers in Lakhimpur,” Akhilesh said in Sitapur on Wednesday.

BJP won the recently-concluded assembly elections with 255 of the 403 seats, while the SP got 111 seats.

Akhilesh was referring to the Lakhimpur Kheri incident in UP’s Lakhimpur district on October 3, 2021, when violence erupted after a vehicle belonging to Union minister Ajay Mishra’s son Ashish Mishra allegedly ran into a crowd protesting the Centre’s farm laws, killing four farmers. A journalist and three BJP workers succumbed to injuries in the violent protests that followed.