Neeraj Chopra Pulls Out Of Commonwealth Games; Know Why 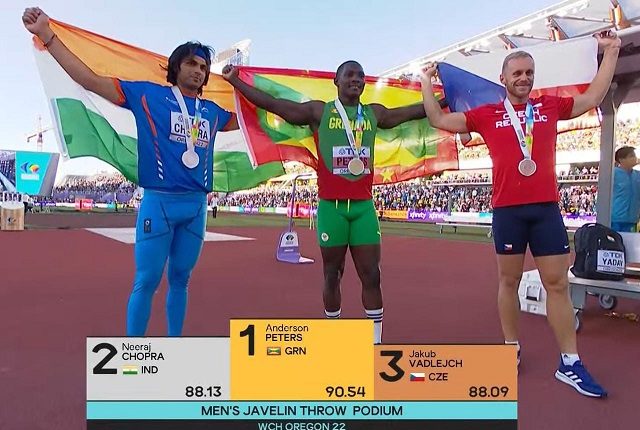 Neeraj, who won the silver medal with a throw of 88.13 metres in Oregon on Sunday, injured his thigh at the World Athletics Championships.

“Neeraj called me earlier today from the US to convey his inability to take part in the Birmingham 2022 Commonwealth Games owing to fitness concerns. Following his participation in the 2022 World Athletics Championships in Eugene, Neeraj had had an MRI scan done on Monday and, based on it, he has been advised a month’s rest by his medical team,” Rajeev Mehta, Indian Olympic Association (IOA) secretary general, said in a statement.

“After the fourth throw, I did feel a bit of discomfort in my thigh. I wasn’t able to put in that much effort. That was on my mind but I just wanted to make sure I can throw. So I strapped my thigh,” Neeraj, who won the gold medal in last year’s Tokyo Olympics, said earlier.

Neeraj set a new national record of 89.94 metres, just 6 cm short of the 90-metre mark, the gold standard in javelin throw, at the prestigious Diamond League in Stockholm last month to win the silver medal.