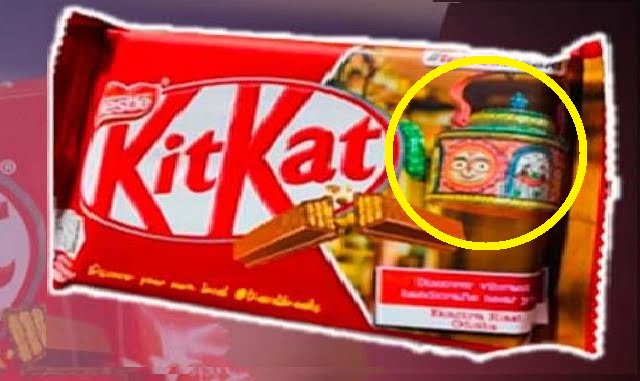 Bhubaneswar: Following a social media outrage over the latest wrapper design of its product KitKat, featuring images of Lord Jagannath, Balabhadra and Subhadra, Nestle India apologised, saying that it did not mean to hurt religious beliefs or sentiments.

Responding to a user, who questioned the use of images of Hindu deities, the FMCG major wrote, “Hi! Kitkat travel break packs are meant to celebrate beautiful local destinations. Last year we wanted to celebrate the culture of Odisha with designs on packs representing ‘Pattachitra’, an art form uniquely identifiable by its vivid imagery (sic).”

It further said that the visual was inspired by the government tourism website. “We wanted to encourage people to know about the art & its artisans. Our past campaigns have also shown that consumers like to collect & keep such beautiful designs. (sic).”

The series of tweets concluded with an apology. Check here:

We do understand the sensitivity of the matter and regret if we have inadvertently hurt anyone’s sentiment. With immediate action we had already initiated withdrawal of these packs from the market. We thank you for your understanding and support. (3/3)

Notably, social media users had objected to the use of the pictures of duties on chocolate wrappers as people tend to throw them away on streets and trashcans.

This College Bars Students From Entering Into Classroom For Wearing Hijab