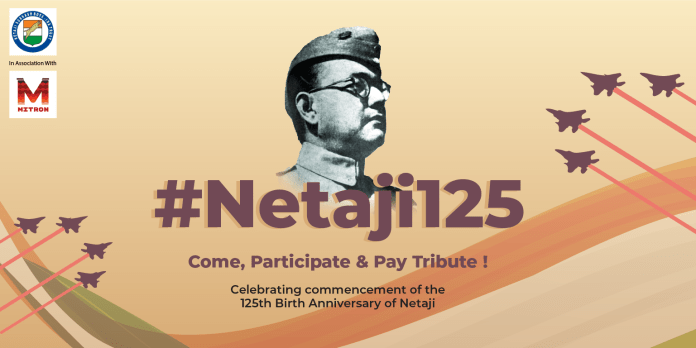 “Netaji is not just limited to Bengal. He is the hero of our country. The TMC wants the day to be celebrated as Desh Nayak Diwas (national hero’s day),” Mamata said.

According to West Bengal secretariat sources, the chief minister is scheduled to take part in a programme with Prime Minister Narendra Modi at Victoria Memorial on Saturday, but there is no confirmation.

A letter from PMO has revealed that Mamata has been invited to speak at the event. West Bengal Governor Jagdeep Dhankhar’s name is also among the speakers.

Four days later, the Centre announced a star-studded committee – headed by the Prime Minister – to discuss and draw plans for Netaji celebrations.

Mamata has long been calling for January 23 to be declared as a national holiday, but the Centre hasn’t paid heed so far.

Now that the BJP-headed Union government has declared January 23 as ‘Parakram Diwas’, TMC and Forward Bloc (party formed by Netaji) have cried foul as they were not consulted in the decision-making process.

While TMC wants the day to be celebrated as ‘Desh Nayak Diwas’, Forward Bloc and a section of Bose’s family are keen on Netaji’s birth anniversary to be observed as ‘Desh Prem Diwas’ (day of patriotism).

“The people of India for many years have been celebrating 23rd January as ‘Desh Prem Diwas’ or Patriots’ Day. Had it been declared Patriots’ Day, it would have been more topical. For some reason, it has not been done. Netaji’s valour and bravery can’t be compared to any other, so Parakram Diwas is also not wrong in that sense. His ideals need to be propagated to all across India and today’s generation needs to be energized. We need Netaji’s ideals to unite India again. All the political parties will need to spread his message,” claimed Chandra Kumar Bose, grandnephew of Netaji and a BJP leader.

Indraneel Mitra, another grandnephew of Netaji, lamented the slugfest over the freedom fighter ahead of West Bengal election. “Once the poll heat is over, Netaji will once again go back to oblivion and nothing will actually happen,” he said.