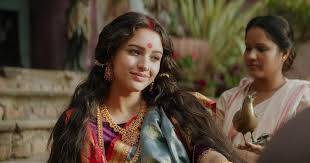 Tripti Dimri, who plays the titular ‘Bulbbul’ in her recently released Netflix film of the same name can be seen indulging in her favourite adventures in the mountains when she is not shooting.

“I cannot think of a profession other than acting. But I love travelling and will pack my bags, head to the mountains, and set up a tent there as soon as the pandemic ends,” said Tripti.

Buoyed by the appreciation on social media, she said that it was indeed great that it was released on an OTT platform like Netflix where the audience is not limited, and the work is viewed by people from all over the world.

“I am receiving a lot of plaudits from people overseas. When you know that you don’t have to work to please a certain kind of audience, it gives the actor freedom to experiment with the craft. Even for filmmakers, it remains a great platform,” said Tripti.

She has come a long way from being uncomfortable with all the attention to feeling at home on the sets. “I was new and didn’t know anything about acting when I was shooting for ‘Poster Boys’ and ‘Laila Majnu’. I started becoming comfortable with people and with the cameras in ‘Poster Boys’.

“In ‘Laila Majnu’, I was struggling with acting during the entire shooting process and was clueless. Post ‘Laila Majnu’ I joined an acting workshop and learnt the basics of acting. After attending a few workshops, I am now more comfortable with the craft as well. In ‘Bulbbul’ with the basics brushed up, I could focus on the demands of the character and its add-ons.”

Despite the presence of some seasoned actors, she held her own and delivered a visually stunning and unabashedly feminist performance, which largely propels the story.

“It was a challenging character as I had to play and understand the two different personalities of ‘Bulbbul’. I always felt close to the innocent Bulbbul, to understand her physicality and mindset but it was difficult to understand the transformed Bulbbul’s mindset. That is something I really had to work hard on. This Bulbbul is self-centered and flawed but at peace with herself. But my acting coach, Atul Mongia helped me out and advised me to focus on my breath and cut off completely from the outside world, to focus on self and self-love. I did it for two months and it actually helped. I could feel the difference while playing the character,” she said.

Sharing further about her preparations she said, “I had a separate session with Avinash (Satya) and a separate session for the character I am playing because this is the only character that has a unique equation with all the other characters. So, I had to do separate workshops with each one of them for two-three days. Anvita has a unique way of working and she never gives scenes to rehearse. We were asked to follow different methods in those workshops.”

Not shying away from experiencing different genres, she said, “I want to do every type of role that I come across whether it is action, comedy, or horror. There are different challenges set with different genres and as an actor, if you don’t try anything new you won’t learn anything new.”