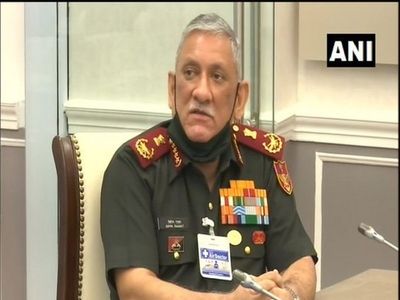 New Delhi: India’s first Chief of Defence Staff (CDS) General Bipin Rawat was on way to Wellington defence staff college a year ago to deliver a lecture when he was killed in a chopper crash.

“Gen Anil Chauhan will be visiting the Defence Services Staff College (DSSC) in Wellington today to deliver a speech in memory of the Late General Rawat. He would be completing the unfinished task of his predecessor,” India Today quoted a senior defence official as saying.

It was on December 8, 2021, that the tragic helicopter crash led to the deaths of Gen Rawat, his wife Madhulika Rawat and 12 other Military personnel.

Gen Chauhan, who worked as Director General of Military Operations and Eastern Army Commander with Gen Rawat, will accompany the families of all soldiers who lost their lives a year ago to the National War Memorial on December 8.

A number of other programmes have been lined up to mark the first death anniversary of Gen Rawat.

The Indian Army will be organising a memorial lecture for the late CDS on December 10.

The Indian Navy announced that trophies for best Agniveer trainees will be named after the late CDS.