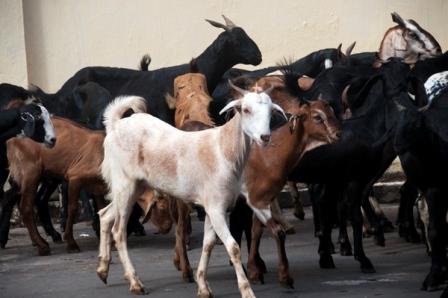 Berhampur: After a series of sheep killing incidents in Niali block of Cuttack district, a case of unusual goat deaths was reported fro Maluni Mandirasahi at Old Berhampur in Ganjam district on Saturday.
According to reports, four goats were found dead under mysterious circumstances in the area. The attack on the livestock was similar to that in Niali.
Local forest officials, who reached the spot after being informed about the incident, said the exact cause of the deaths could be ascertained only after an autopsy.