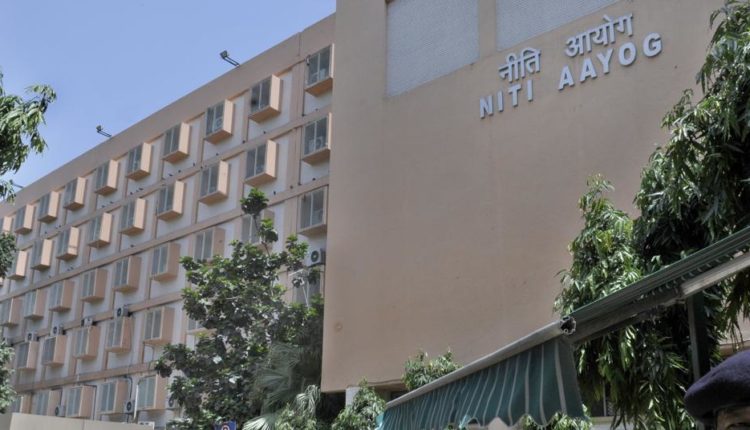 New Delhi: The NITI Aayog has suggested that a Dak Bank (postal bank) be created by merging regional rural banks, among a slew of recommendations to the government.

The suggestion comes at a time when a new disinvestment policy is in the works and the government is considering bringing the banking and insurance sector under its ambit.

In a recent presentation to the Prime Minister’s Office and Finance Ministry, the NITI Aayog has suggested that over 1.5 lakh post offices in the country should be made outlets for the proposed Dak Bank and also suggested easier norms for granting bank licenses, IANS reported.

In another significant recommendation, it has suggested privatisation of three banks — Punjab & Sind Bank, UCO Bank and Bank of Maharashtra.

The government’s plan to go for privatisation of public sector banks has drawn flak from various quarters including bank workers’ unions.

During the announcement of the ‘Aatma Nirbhar Bharat Mission’ economic package in May, Finance Minister Nirmala Sitharaman had said that the Centre will come up with a Public Sector Enterprise Policy, and open up all sectors for privatisation.

Date For Plus II Admission In Odisha In A Couple Of Days: Minister

Don’t Be An ‘IDIOT’ Say Doctors, Warning Against Self-Medication…