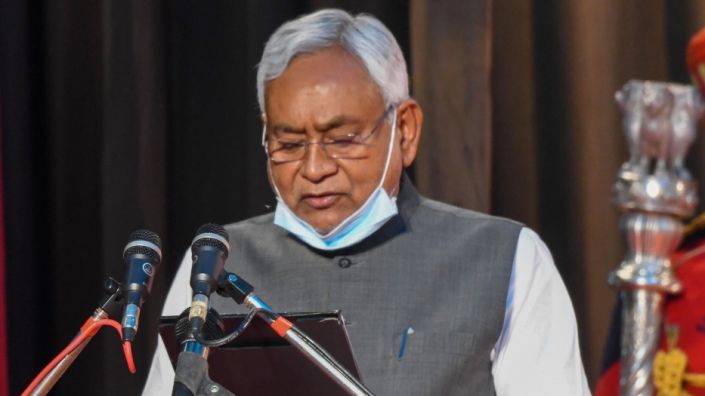 Patna: Nitish Kumar was on Monday sworn in as Bihar Chief Minister for a fourth straight term, but this time with two deputies – BJP’s Tarkishore Prasad and Renu Devi. They replaced Sushil Modi, who had been Deputy CM under Nitish for 15 years.

The NDA won a simple majority in the state polls, bagging 125 seats in the 243-member Bihar assembly. But it was BJP which emerged as the stronger partner with 74 seats while RJD claimed 43.

COVID Vaccine Free Even At Private Hospitals In This State;…

Transgenders To Be Recruited In Police Force In This Indian…