Bhubaneswar: The ban on crackers in Odisha during Diwali has helped reduce Air Quality Index (AQI) levels compared to last year. The average AQI in Bhubaneswar was 137 this time as against 164 last year and that of Puri, 103 as against 203 last year.

Konark, however, saw a marginal increase to 82, well within the satisfactory range.

In comparison, the country’s capital saw one of its worst Diwalis as people flouted the ban order. While PM 2.5 levels were at 71 ug/m3 in Bhubaneswar, it was an astronomical 1970 ug/m3 in New Delhi on Diwali night. 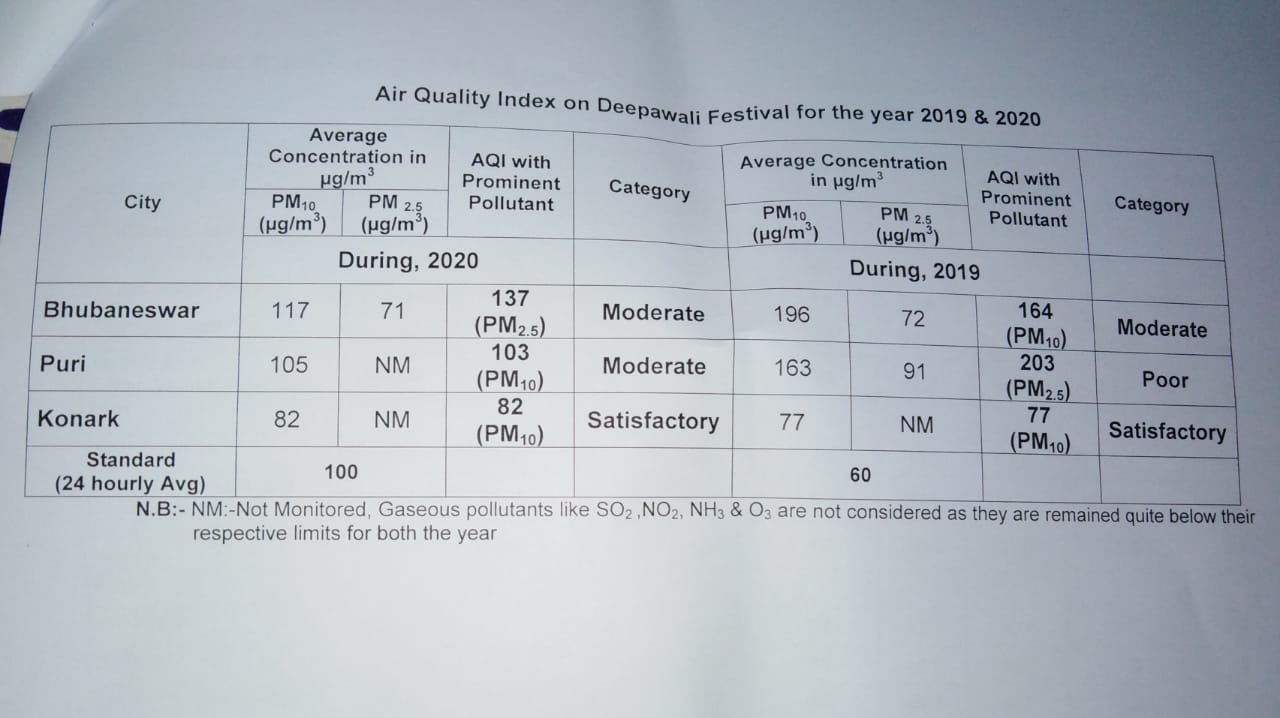 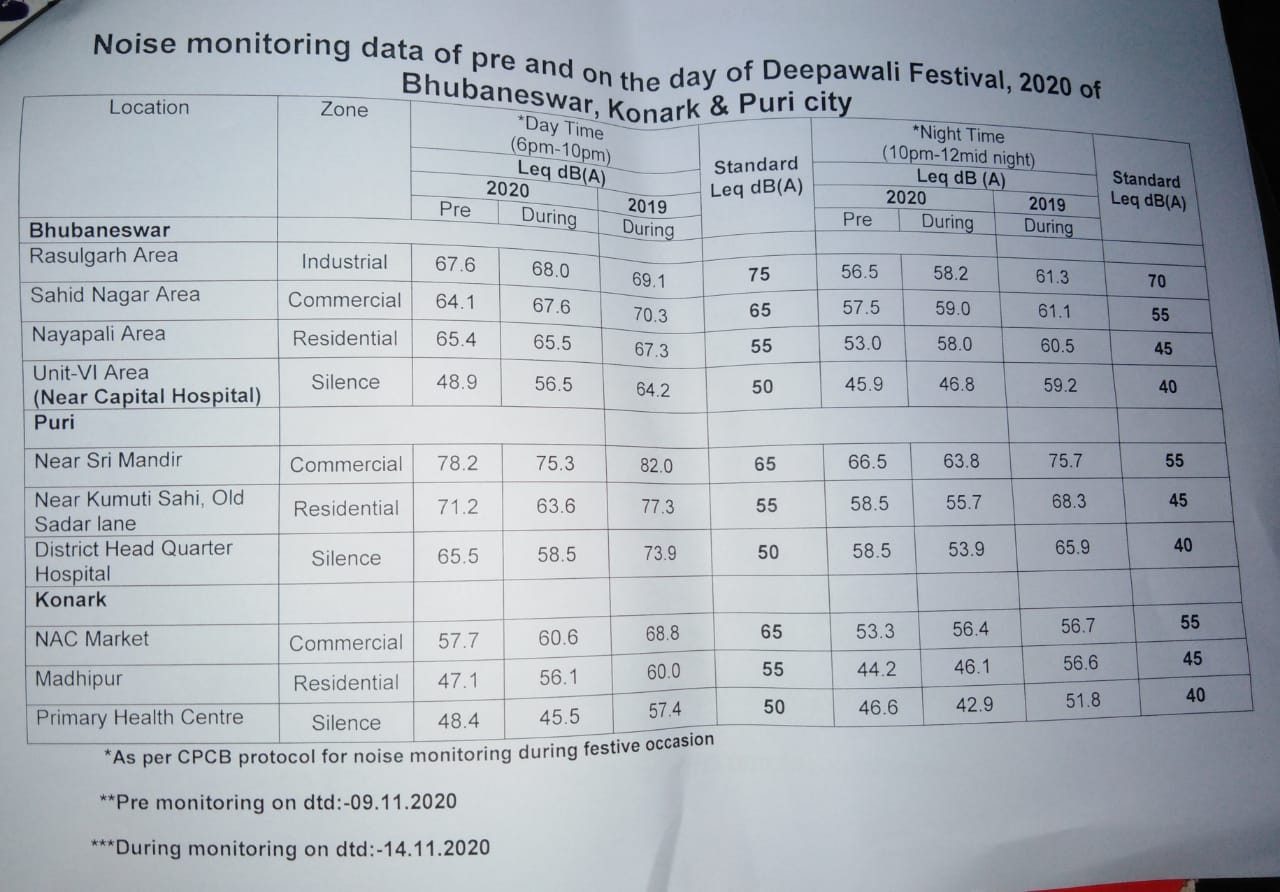 Sound pollution levels too saw a dip. The noisiest place was Rasulgarh in Bhubaneswar where the decibel levels fell to 58.2 from 61.3.

Moderate AQI as recorded in Bhubaneswar is considered “Unhealthy for Sensitive Groups” by the EPA (Environment Protection Agency). Hence, it is not a bad idea to invest in air purifiers in your homes, offices and cars. Although, wearing a good mask also serves a similar purpose.