No Animal Sacrifice, Chandi Bali Yatra Takes On A New Meaning At This Temple In Odisha 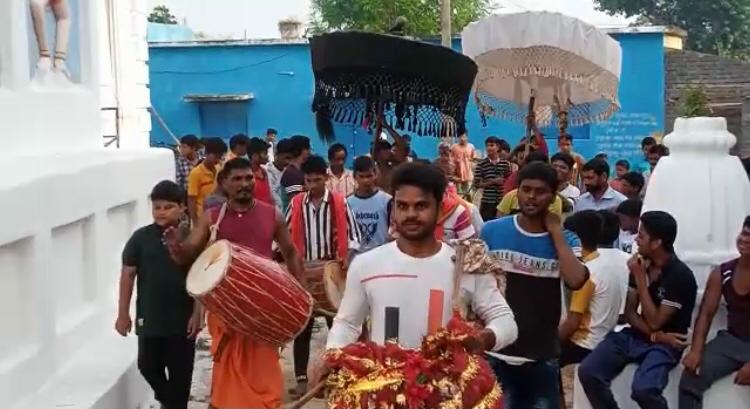 Sonepur: The Chandi’s Bali Yatra rituals at Astachandi Shrine, an ancient place of worship in Sonepur known for animal sacrifice over the centuries, was completed with devotion without resorting to slaughter on Wednesday.

The traditional ‘Bali’ ritual symbolising ‘sacrifice’ for Mahastami puja was interpreted as “sacrifice of the evil in human nature” this time without devotees and crowds participating in temple formalities in view of the prevailing COVID pandemic situation.

The Bali Yatra fortnight, which traditionally commences on the new moon day of the Hindu month of Ashwin and culminates on the full moon day, focuses on Tantrik perfection. The rituals this year, however, were limited to hymns and havan (ritual fire) at the sacrificial altar of the Devi Astachandi here with the pandits of zamindars interpreting “sacrifice” as “surrendering” ills ( to acquire control) such as human desires, lust, anger, greed and attachments.

Maha Bali is considered the most important sacrifice of Navaratri. As many as 36 classes of people irrespective of their castes, communities and economic condition take part in the celebrations.

The Maha Bali ritual, however, is performed at Khambeswari near here. The priests draw lotus figures and astral charts on the ground using rice flour before invoking Daivyshakti for Maha Bali puja amidst drumbeats. The devotees, as per tradition, dance to the drumbeats and have a darshan of the Devi.