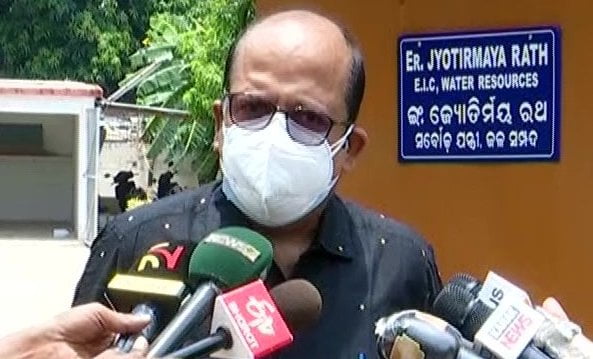 Bhubaneswar: Odisha’s Water Resources Department on Sunday said that although there has been incessant and heavy rainfall in most parts of Odisha, there is no flood threat as of now.

“There has been only 14 mm rainfall in the upper catchments of Mahanadi in the last 24 hours… going by IMD forecast, there will be around three inches of rainfall in the next three days. We have kept our men ready to deal with the situation,” Rath said.

Ruling out the possibility of flood in lower catchment areas, he informed that the water level of Hirakud dam has remained at 600.79 feet as against the optimum level of 630 feet.

“While the inflow of dam water is 2300 cusecs per second, 13,000 cusecs per second is released through the power channel. Apart from this, there is only 10 mm rainfall in the lower catchments of Mahanadi in the last 24 hours,” Rath pointed out.

He also said that all major rivers are flowing much below danger mark, and that the water level of all reservoirs is being constantly monitored.