No Loss Of Life In Odisha’s Similipal Forest Fire: Govt 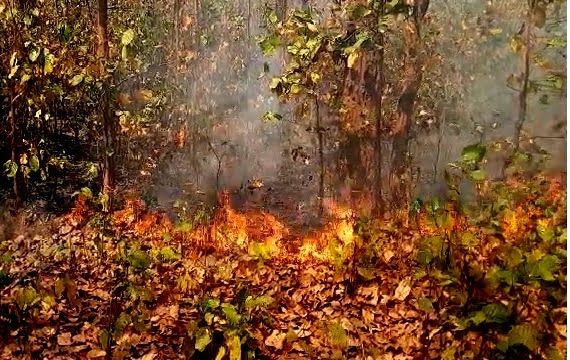 Bhubaneswar: The Odisha government on Wednesday claimed that there has been no loss of life in forest fire in Similipal National Park in Mayurbhanj district.

Reviewing the measures taken to control the fire at a high-level meeting here, Chief minister Naveen Patnaik said since Similipal is a precious ecological environment in the world, adequate steps should be taken for its protection.

Giving the update on the situation in the national park, Additional Chief Secretary, Forest and Environment Mona Sharma said the fire is under control and no loss of life has been reported so far.

She further said a standard operating procedure (SOP) has been issued to the officials concerned to bring the fire under control and DFO instructed to report fire alert to the government and district collector every evening. Besides, Principal Chief Conservator of Forests (PCCF) Wildlife is present at the stop and keeping a close eye on the situation, she added.