Not Amitabh Who Gave This Advice To Son Abhishek, Then Who? 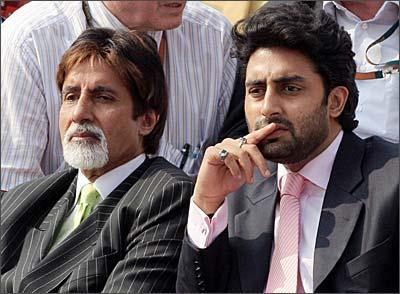 New Delhi: One of the most loved and amiable Bollywood stars Abhishek Bachchan and now also a favourite on OTT, recently revealed in an interview, that a large part of how he approaches roles and projects boils down to an advice he received from Shah Rukh Khan in the early days of his career.

Abhishek’s web series ‘Breathe Into the Shadows’ second season premiered on Prime Video on Wednesday morning. He plays Avinash, a psychiatrist battling his split personality, a murderous man called J. In an interview while promoting the show, he spoke about how he approaches ‘challenging’ roles. Asked if he is waiting for any new ‘special’ role or any specific character that he still wants to pursue, Abhishek told ANI, “No! I’m very very bad at this, I focus on whatever I’m doing right now, rather than what I can.”

He added, “In the very initial years of my career Shah Rukh Khan ji explained this concept to me in the most precise manner. In fact, one day as both of us were having a conversation and I popped out the same question to him stating ‘You’ve done amazing work, which one is your favourite and what all roles would you like to do,’ addressing the same, Shah Rukh replied, ‘Whatever work and roles I’m doing right now! Always remember you’re an actor. Ask yourself and introspect, if whatever you are doing right now is not your favourite, then why are you even doing it? Don’t focus on what is going to happen in future. Just focus on your present and give your 100% to it.’ Since then I added this piece of advice to my life cart and I highly swear by this career advice.”