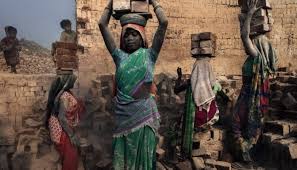 Bhubaneswar: After Assam, the process for the National Register of Citizens (NRC) is most likely to begin in Odisha’s Kendrapara district with the Centre directing the Registrar General of India (RGI) to take necessary steps in this regard.

It may be mentioned here that amicus curiae, appointed by the Orissa High Court, Mohit Agrawal had submitted a report to the court on November 26 last year. In the report, he had urged the court to direct the Centre and the state government to carry out NRC in Kendrapara district.

Acting on the report, the High Court had directed the additional chief secretary, Environment and Forests to form a committee to initiate the process at the earliest.

On the basis of the directive of the High Court, the Ministry of Home Affairs in a letter has directed the state government to initiate the process after apprising the RGI of the order of the court. Besides, the Ministry has also asked the RGI to take necessary steps on this matter.

Notably, over thousand Bangladeshi nationals have been staying along the coast of Kendrapara district since a long time.

The NRC is a register maintained by the Centre which contains the names and certain relevant information for identification of genuine Indian citizens and illegal migrants.

Google Maps To Show Public Toilets Near You

Odisha Govt Writes To Centre Again For Supply Of Covishield…