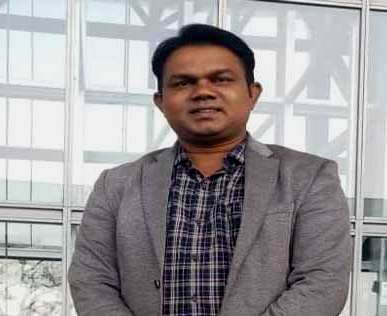 Nuapada: An officer of the Odisha Administrative Service (OAS) and tehsildar of Komna in Nuapada district, Suresh Kumar Nanda, died in a road accident near Sorada in Nayagarh district in the early hours of Saturday.

Official sources said Nanda, a native of Patnagarh area in Balangir district, was recently posted as the additional returning officer of Nuapada district. He left the district headquarters office at 12 pm on Friday to attend an election-related meeting in Bhubaneswar the following day. After having his dinner at his official residence, he had left for Bhubaneswar. However, the vehicle hit a stationary truck as the driver lost control over the wheel on Nuagan-Sorada road near Sorada.

The incident took place at around 5.30 am, eyewitnesses said

Following information, police rushed to the spot and admitted the driver to the Community Health Centre (CHC) at Daspalla.

Police later informed the family members Nanda about the mishap.

The body would be handed over to the family members after the postmortem, police said.