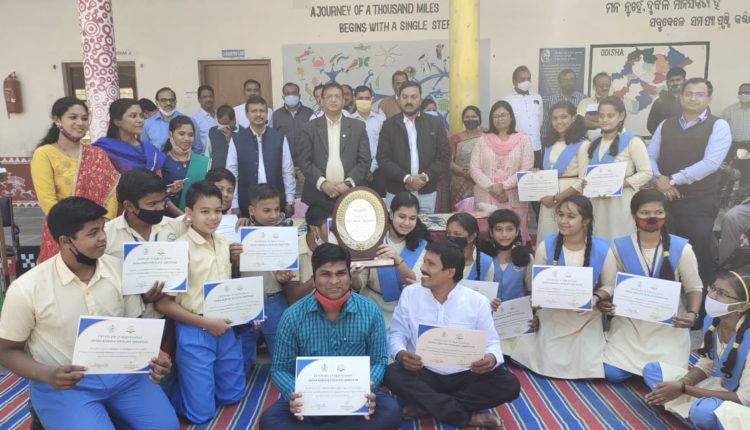 Bhubaneswar: Odisha Adarsha Vidyalaya (OAV) Adviser Bijaya Sahoo on Thursday felicitated the students of OAV Notar in Nayagarh district for ranking first at the national level in an online campaign on traffic awareness.

During the meeting, Sahoo set deadlines for completion of pending works at OAVs and also finalised a target for the board exams this year.