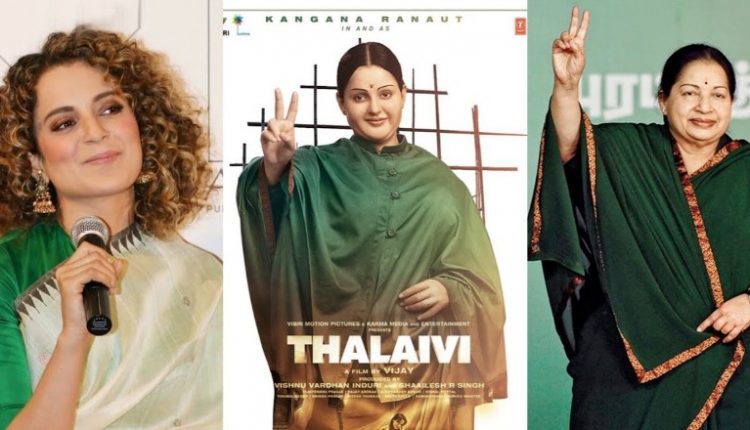 The AIADMK has objected to certain scenes and references to the late MG Ramachandran and J Jayalalithaa in Kangana Ranaut-starrer ‘Thalaivii’, which released in theatres on Friday.

In a statement, AIADMK leader D. Jayakumar referred to the “factually incorrect” portions of the biopic on former Tamil Nadu chief minister Jayalalithaa and called for the deletion of those scenes from the movie.

He said though the movie was well made and will receive good response from party supporters and general public, some references were not correct.

The film shows MGR wanting to become a minister in the first DMK government led by C.N. Annadurai and being blocked by M. Karunanidhi. But Jayakumar pointed out that MGR never sought positions, IANS reported.

The AIADMK leader also raised objections to some other scenes.

Jayalalithaa has been shown in the movie to be in touch with Indira Gandhi and Rajiv Gandhi without MGR’s knowledge, while another scene shows MGR “belittling” her, none of which is true according to AIADMK.

“So these scenes should be removed. This is our request,” Jayakumar added.