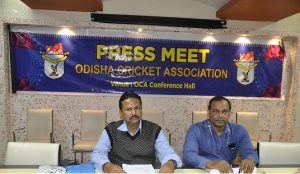 Bhubaneswar: The Odisha Cricket Association (OCA) on Wednesday announced a 20-member Under-16 Boys’ State Cricket Team for the upcoming Vijay Merchant Trophy to be played at Guwahati in Assam from January 9.

As per the schedule of the Vijay Merchant Trophy tournament, Odisha will play against Assam on January 9, against Bengal on January 12, against Jharkhand on January 15 and against Tripura on January 21.

OCA president Pankaj Lochan Mohanty and secretary Sanjay Behera have extended their best wishes to the team and supporting staff.