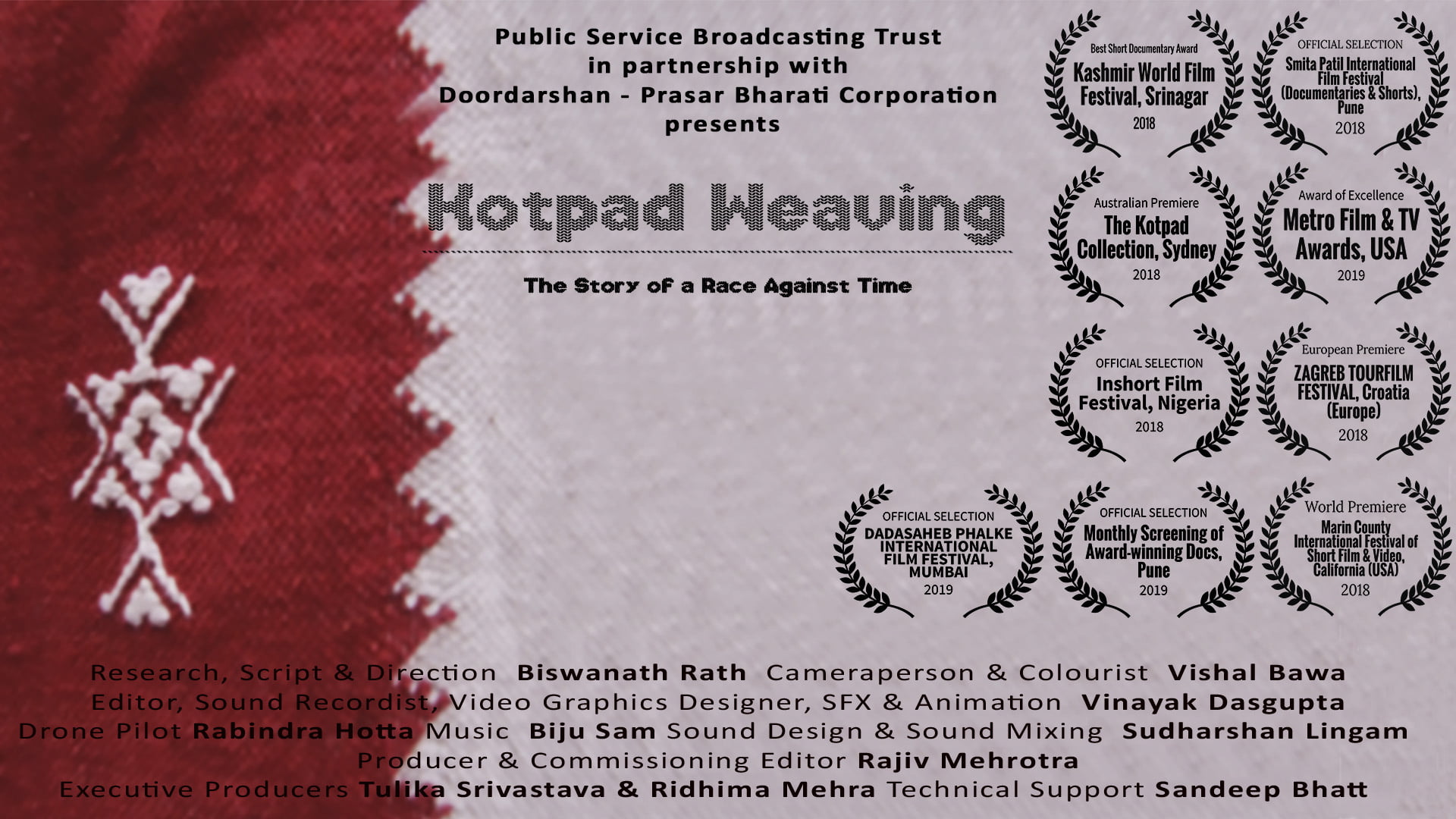 Bhubaneswar: International documentary, Kotpad Weaving: The Story of a Race Against Time, by award-winning filmmaker Biswanath Rath has been selected for screening at the ‘AegeanDocs-International Documentary Film Festival’ to be held at Athens in Greece.

The movie will be screened on October 4, marking its Greek premiere.

Interestingly, ‘Kotpad Weaving’ is the only Indian film to have found a place in the list of 51 International films to be screened in this prestigious film festival.

Earlier, the movie was selected for screening at the International Tour Film Festival- Tourfilm Riga held in Latvia, Europe.

It was also screened at the Habitat Film Festival in New Delhi on May 20.

Kotpad handloom, a unique tribal textile tradition from Odisha, known for its use of natural dye and tribal motifs, has never received the recognition due to it. That is what inspired award-winning filmmaker Biswanath Rath to make Kotpad Weaving: The Story of a Race Against Time, the first ever documentary on this subject. The documentary was produced by Public Service Broadcasting Trust. The 30-minute film was telecast on DD National on March 24, 2018.

It received the Best Short Documentary Award at the Kashmir World Film Festival in Srinagar between November 28-December 4, 2018, followed by an Award of Excellence at the Metro Film & TV Awards, USA. In December, it was screened at the Smita Patil International Film Festival in Pune.

Two Engineering Colleges In Odisha To Shut Shop; Read Why