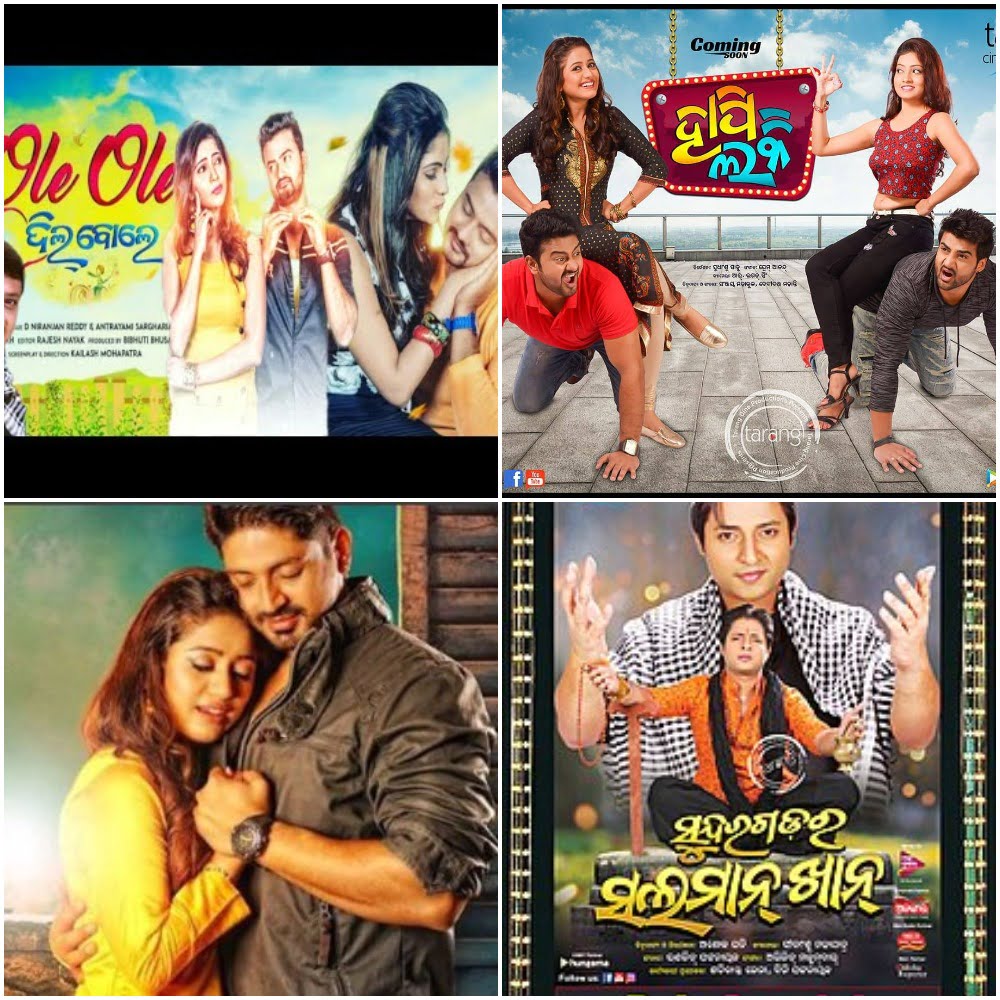 Bhubaneswar: With 2018 coming to a close, the Odia film industry has added another not-so successful year. More than 20 films released have tried a combination of comedy, family drama, romance, action, thriller, music and dance to entertain the audience. From single star to multi-starrers, the producers have tried all permutations and combinations but failed to get desirable audience attention.

The films starring superstars did not get desirable business too. At a time when the audience has access to original south films on several television channels, there is an expectation to see more original movies from established cine stars.

Lover boy Sabyasachi Mishra who juggles his career between Telugu and Odia films tried to entertain in ‘4 Idiots’ and ‘Tokata Fasigala’. The new hit pair of Sabyasachi and Elina will be seen together in 2019. There is a lot of hope riding on young star Jyoti Ranjan Nayak’s four back to back releases ‘Happy-Lucky’, ‘Ole Ole Dil Bole’, ‘Saathi Tu Pheria’ and ‘Pyaar Alaga Prakar’. After the success of ‘Happy Lucky’, Sambeet Acharya has a handful of film offers. Shivani, Bhoomika, Anubha and Tamanna have one film each in hand throughout the year.
“I am extremely disappointed by the audience response to Odia industry. The audience has rejected the idea of remakes. I feel the quality of films went down more in 2018. I am not losing hope. I have decided not to go in for remakes of south films rather focus on bringing out new talent in the coming years,” said Akshay Parija, whose film, ‘4 Idiots’ jointly produced with Zee Sarthak and Prakash Films failed to make a mark. Swaraj Barik and Sunmeera starrer ‘Love Express’ will hit the theatres by the end of this month. Well known choreographer duo Jaya and Rakesh’s debut film, ‘Love Promise’ added another number to this year’s releases. Releases like ‘Deepu The Dance Boy’, ‘Guddu & Guddi’, ‘Manara Manasi’, ‘Ajatsatru’, ‘Blackmail’ and ‘Shakti’ went unnoticed.