OdishaEntertainment
By OB Bureau On Nov 27, 2021 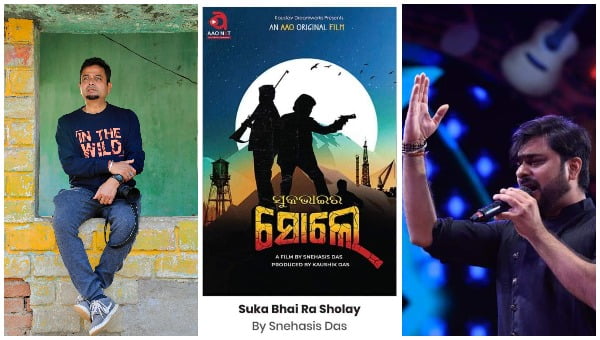 This year, 20 projects from about 11 countries were selected to participate in the market. It is a platform that encourages collaborations between the international and South Asian film industries. This year, the event was held online. About 315 delegates had logged in from 37 countries to watch the films.

An AAOnxt original movie, the film has been directed by Snehasis Das. Though the title is a reminder of the 70s blockbuster ‘Sholay’, the film isn’t a remake. Rather, it is based on the theme of body shaming and its perils. It also highlights how the perception surrounding widow remarriage hasn’t changed in the country since 1975 when Amitabh Bachchan’s cult classic dealt with the same as a subplot in the movie.

“The plot revolves around the life of a character, who has been derided and mocked for his physical appearance. He tries to imitate Amitabh Bachchan and recreate Sholay to gain respect in the society. The film parallel focuses on the series of events happening in the character’s life,” reveals Snehasis.

Another key attraction of the film is its music. Mumbai-based Odia playback singer Abhijeet Mishra has composed the tracks and sung a song himself. “The theme song of the film is interesting. It keeps the retro vibe alive by mixing sounds of horses running in the background, harmonica, trumpets, whistles and mouth organs. There is another philosophical song, penned by the director himself,” says Abhijeet.