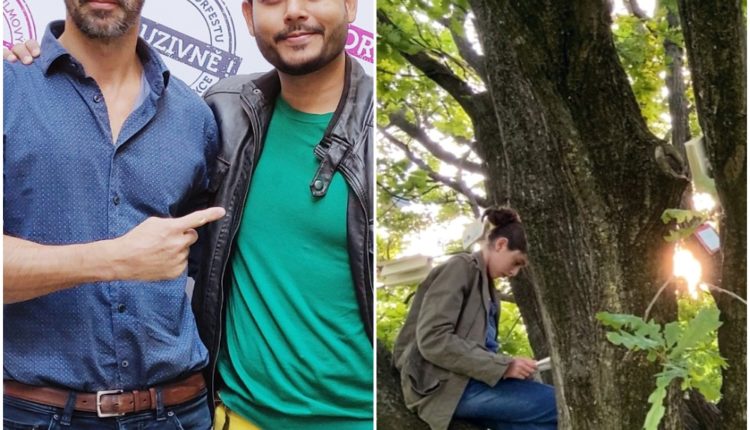 The 15-minute short film has been made to commemmorate the 200th anniversary of Percy Bysshe Shelley’s poem ‘Ode to the West Wind’.

“When Ulisse Lendaro approached me with his idea, I found it very interesting as he is a very sensible filmmaker… at the same time the story has a lot of positivity and a lot of connection to India. It was a great opportunity to create a positive environment in the global film industry during this dreadful situation and inspired me to co-produce the movie with him”, said Mishra, while talking about his collaboration with Lendaro.

‘Human OAK’ was entirely shot in Italy during the COVID-19 lockdown, between March and April 2020.

The costume for the film has been designed by Massimo Cantini Parrini and the post-production was done in Rome by Lightcut film srl.

‘Human OAK’ will be showcased at some International festivals before being released on OTT platforms in India.

Lendaro said, “Human O.A.K. was thought and realized in the lockdown period. If there had not been the COVID-19 pandemic, I would never have thought and shot it. I wanted to start from a poem that was possibly related to a pandemic. I read ‘Ode to the West Wind’ by Percy Bysshe Shelley, all his biography and his connections with India, with Mahatma Gandhi & Rabindranath Tagore. So, I immediately felt the strong need to talk about this idea with my friend and well-known producer Jitendra Mishra. We shared the same mindset & approach toward world cinema.”

COVID-19: Delta Variant Now Accounts For 90% Of Global Cases: WHO