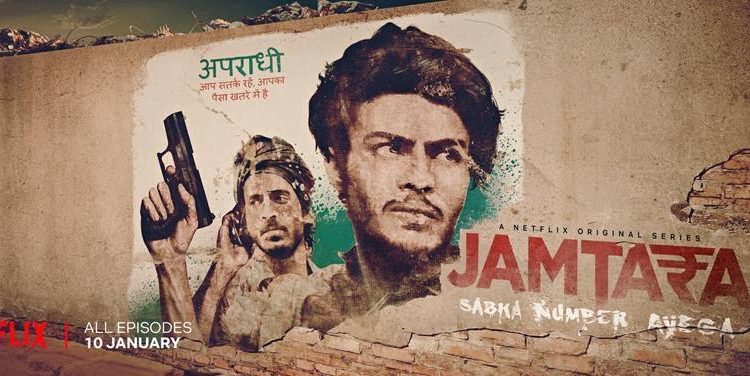 Bhubaneswar: The trailer of Odia filmmaker Soumendra Padhi’s first web series ‘Jamtara-Sabka Number Ayega’ was released on Monday. It reminds one of the movie Gangs of Wasseypur and the web series Mirzapur.  However, Jamtara…. explores the conflicts that emerge when a small town is identified as India’s phishing capital with its youth discovering unique ways to con the nation pretending to be bank employees.

It will be streamed on Netflix from January 10. The entire movie has been shot in Jharkhand. It features Dibyendu Bhattacharya, Amit Sial, Monika Panwar, among others, in lead roles. Soumendra spent some time in Jamatara before the shoot to understand the place in a better way.

“It is a relevant story. The literacy rate in Jamtara, a small village in Jharkhand, is very low. Most people have not completed Class X and indulge in crime,” said the filmmaker.

Soumendra further said that the shooting and processing of the movie were completed in 20 months. It will be telecast on Netflix in 26 foreign languages, he added.

An avid cinema lover since childhood, engineer-turned-writer-director Soumendra has proved his brilliance in film-making as a debutant with ‘Budhia Singh: Born to Run’ – a biopic on the world’s youngest marathon runner. It not only bagged the National Award for Best Children’s Film but also received accolades at festivals abroad.

No Misunderstanding Over Demolition Of Mutts In Puri: Punjab MLA