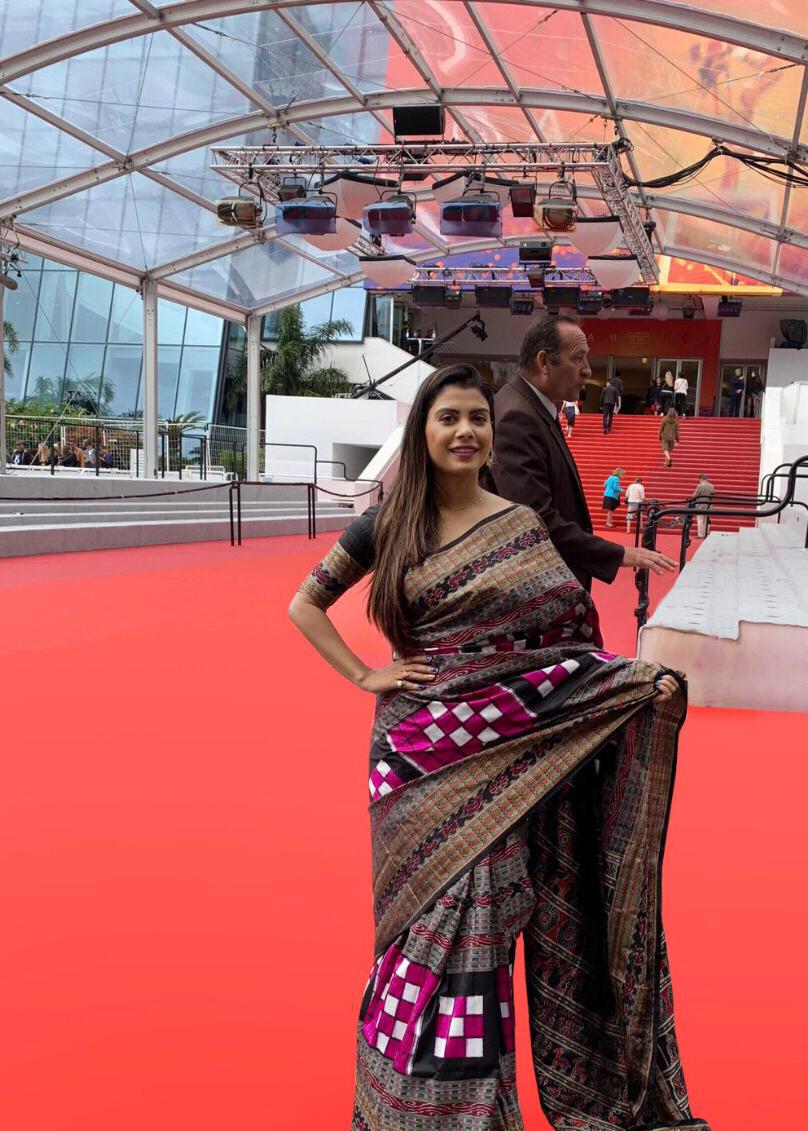 It was a proud moment for Odisha as the movie director, AK Bir, producer, Rajesh Kumar Mohanty and actress Swapna Pati, are all Odias. It was their maiden Cannes outing.

The film got tremendous response for its content and performances.

Swapna brought glory to Odisha by wearing a traditional Samalpuri Saree on the red carpet.

Sharing her experience, Swapna said, “I am very happy as it was my first time on the red carpet and I had a blast during the screening. I felt great when people were appreciating my work and our movie during the screening. I wanted to represent our culture of Odisha and walked in with Odisha’s special Sambalpuri saree. I felt so proud to represent India at the Cannes Film Festival.”

“Though it is a Hindi movie, it is a proud moment for Odisha as its director, producer and actress are Odias,” she added.

Besides, some parts of the movie have been shot in Odisha. Many Odia technicians were also involved directly and indirectly in this movie, she added.

Antardhwani, produced under the banner of 24FPS Entertainment, has been directed by nine-time National Award-winner cinematographer-filmmaker Apurba Kishore Bir and has Delhi-based Odia model-turned-actress Swapna Pati in the lead role.

“This is a proud moment for me. The film has been made in natural light. The uniqueness of the movie is that forests and their environment have played a key role in the movie,” said producer Rajesh Mohanty.

“The film is about a young mind’s response to an unlawful activity, which gradually turns him towards crime. Then begins the journey of introspection and deep realisation,” he said, adding that the film was shot in Odisha, Uttarakhand and Mumbai.

When Priyanka Chopra’s Zipper Broke On The Red Carpet