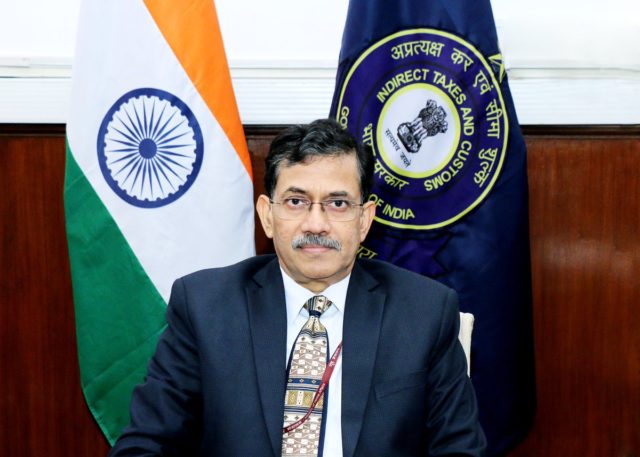 Bhubaneswar: Senior Odia officer of the Indian Revenue Service (IRS) and chairman of the Central Board of Indirect Taxes and Customs (CBIC), Pranab Kumar Das, has been elected as the director ‘Compliance & Facilitation’ of World Customs Organisation (WCO) for a term of five years.

Mr. Pranab Kumar Das, Chairman CBIC, India has won the election to the post of the Director, Compliance & Facilitation at the WCO for a term of 5 years. He garnered 108 votes against the UK candidate who got 68 votes. @WCO_OMD pic.twitter.com/pGlsow288X

Prior to this new assignment, Das was the special secretary and member (customs) at CBIC before being appointed as its chairman.

The 1983-batch IRS officer of Customs and Central Excise cadre was appointed as member in the Central Board of Excise and Customs (CBEC) (now changed to CBIC) in 2017.

Das is a product of the BJP college here. He completed his post-graduation in Economics from JNU, was selected as the first Odia officer in January this year to hold the charge of the post of Chairman of CBIC.

Only Service To Odisha On Mind, Says Late Politician Sarat…