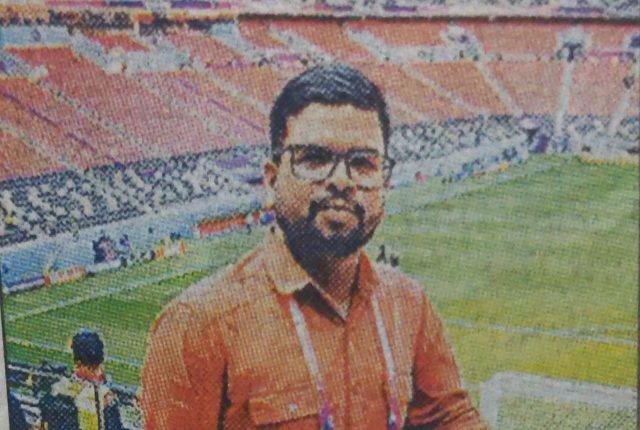 Narayan Pradhan, a 32-year-old IT engineer from Kesarapalli near Aska, has been working for a Doha-based private company since 2017. He is currently looking after the smooth functioning of the electronic devices after installation in the stadium along with 15 IT engineers from his company.

Some of these include 1,000+LED screens, 3,000+CCTVs, and others installed at the stadium.

His team began working at the stadium on November 1 and is in charge of providing IT services in the tournament. Notably, their job gets over three hours after the end of a match.

“Initially, we felt a bit nervous as it is a challenging job. But it is also a privilege to be working in the biggest sporting event on the planet,” TOI reported Pradhan as saying.

Despite being present at the stadium during the tournament, Pradhan could not meet the players from different countries due to security reasons.

It is pertinent to mention here that four other Indians, including two from Kerala and one from Tamil Nadu, are in his team.