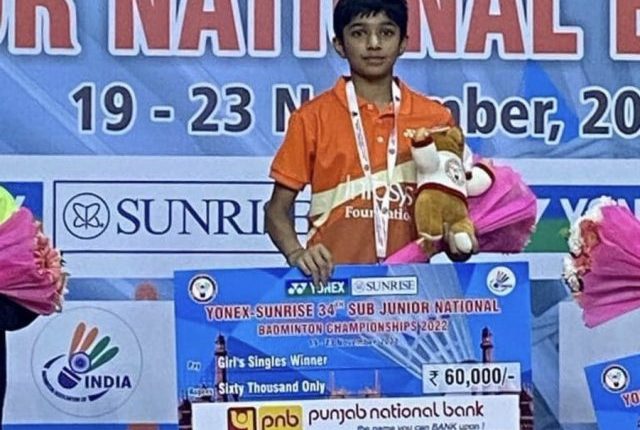 Bhubaneswar: Eleven-year-old Tanvi Patri of Odisha won the girl’s singles title at the 34th Under-13 National Badminton Championships in Lucknow on Wednesday.

Tanvi, who is currently undergoing training at Prakash Padukone Badminton Academy (PPBA) in Bengaluru, defeated Divyanshi Gautam 21-7, 21-10 in only 22 minutes.

“I just kept hitting the shuttle at the right spot and didn’t bother much about my opponent. Once I took the lead in the second game, I was sure of winning as I had a five-point lead at the break,” HT quoted Tanvi as saying.

Notably, this is her second victory after the National U-13 ranking tournament in Maharashtra in which she won her maiden title earlier this month.

Tanvi also spent a few years in China and trained under Chinese coach Jiang Yong Yi when her father Rabinarayan Patri was employed as a software professional there.