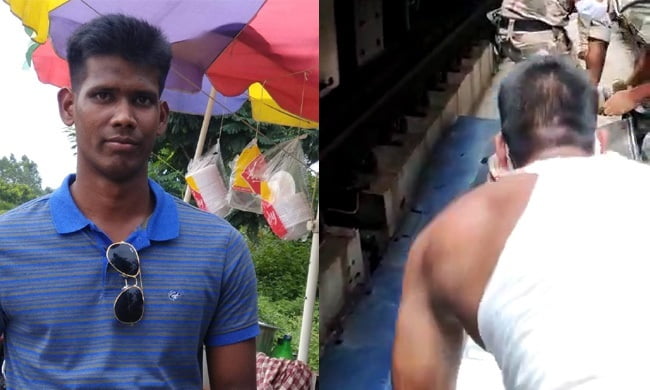 Nayagarh: Praises are pouring in from across the country for the Odia jawan for his exemplary act of humanity towards a woman who was attempting suicide in front of a running train at Janakpuri West Metro Railway station in New Delhi.

The incident took place on August 3 when four CISF jawans including Naba Kishore Nayak of Binodpada village under Ranpur block of Nayagarh district were on their duty at the Metro Railway Station.

When they saw a 21-year-old woman trying to commit suicide in front of a running train, the jawans pulled her out of the track seconds before she was hit by the train.

As the woman had barely any clothes on her, Nayak took off his uniform shirt and draped her with it.

After the video of the incident went viral on social media, the Delhi government and the CISF IG felicitated Nayak and his three colleagues with the commendation certificates.