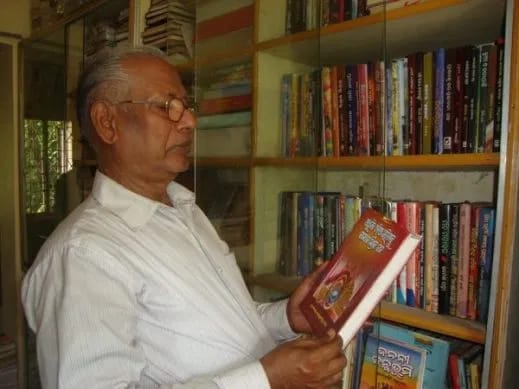 He is survived by poet-wife Pratibha Satpathy and four daughters – Paramita, Madhubrata, Asita and Ipsita. Parmita is currently a commissioner in the Income Tax Department.

Born on October 25, 1937, at Garei Sasan village under Tirtol block in Jagatsinghpur district,  Satpathy did his graduation and post-graduation studies at Ravenshaw College in Cuttack and started his teaching career in 1962. He received PhD degree from Utkal University.

He later joined the Department of Odia at the varsity and served  head of the department from 1990-92. His wife served as a Reader in Odia at different state-run colleges.  Satpathy superannuated in 1997 as Professor of Satyabadi Chair.

His other publications include ‘Kabita Setu,’ ‘Sabujaru Sampratika,’ and ‘Saturi Ru Sahasrabdi’. He co-authored a book ‘Ama Kabita’ with his wife Pratibha.

He was also associated with many literary organisations, including Odisha Sahitya Akademi, Pujyapuja Sansad, Sampatrika and Sarala Puraskar. He was involved in institution of the prestigious Sarala Puraskar.