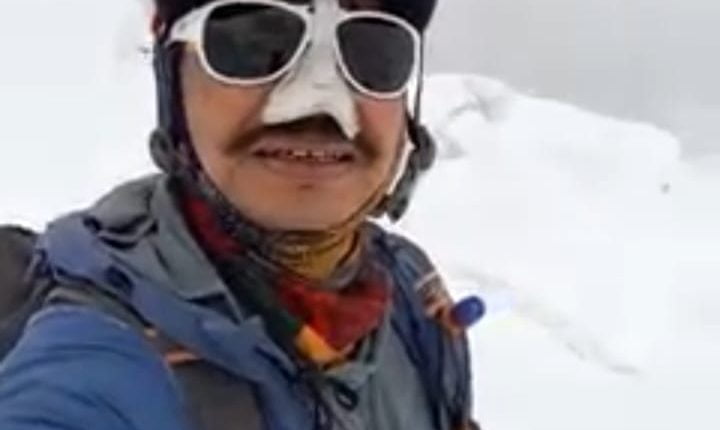 Bhubaneswar: Odia mountaineer Sidharth Routray has  scaled the highest peak in the world, Mt Everest, on Sunday. He reached the top of Everest at 4.15 am on the day.

The avid mountaineer carried a photo of Lord Jagannath to the peak and waved the National Flag of India.

Earlier, he has climbed Mt Dennali in North America, Mt Aconcagua in South America and Mt Kilimanjaro in Africa. In January this year, Sidharth had successfully scaled Mount Aconcagua, the highest peak in South American continent.

The young mountaineer aims to scale all seven summits of seven continents and fly the Tricolour of India and flag of Puri Jagannath Temple.

He is also recognised as the first Odia Ultraman for completing 512 km triathlon with 10 km swim, 418 km cycle and 84 km run in .

Recognised as the first Ironman from Odisha in 2016, Sidharth participated in one of the long-distance triathlon races consisting of a 4 km swim, 180 km cycle and 42 km run in Florida.

Sidharth is currently staying in Silicon Valley in the USA.