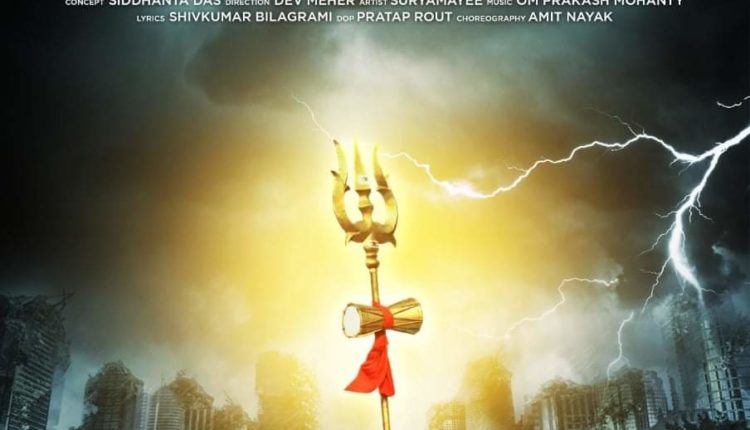 Bhubaneswar: An Odia team has created a unique music video, based on Shiva Tandava Strotam and Sagar Manthan (churning of the sea).

The concept note has been written by Siddhanta Das, husband of singer Susmita and former Director General of Forest, Government of India. Shiv Kumar Bilagrami has penned the lyrics while Om Prakash Mohanty has composed the music.

“Apart from being the only song from India to be backed by the UN body for 2021, this music video has several firsts. For the first time in India, a music video on Pollution has been created at this scale combining CGI, Choreography, Performance and Art. Similarly, for the first time a concept on the environment has been musically fused into Shiva Tandava Stotram,” said Dev Meher.

“I believe music is the most powerful medium to reach out to the masses. My earlier song ‘Ayigri Nandini’ based on Durga Strotram, on the theme of women’s empowerment, was highly appreciated by music lovers. I thought Shiv Tandav Stotram being so very intense and energetic could form basis of a song to generate awareness on Environment,” said the singer.