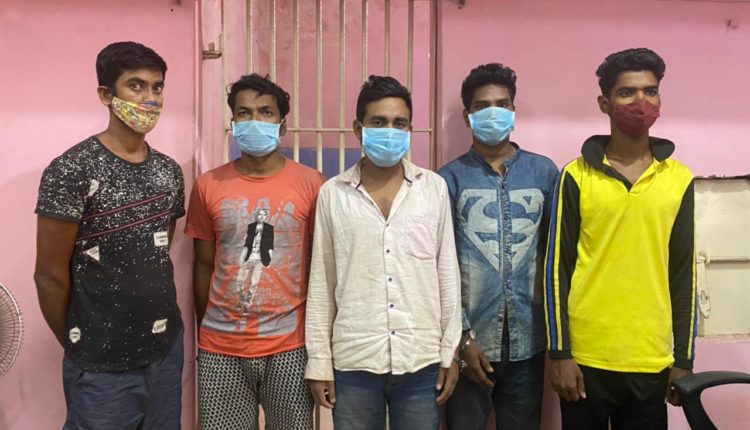 Bhubaneswar: The Commissionerate Police on Wednesday arrested five members of Katuri Gang, in connection with snatching incidents in Cuttack and Bhubaneswar.

Informing this Police Commissioner Soumendra Priyadarshi said the gang which was also known as the Pulsar Gang were targeting morning walkers in twin cities.

The accused have been identified as Ganesh Purty, Shankar Das, Jaga, Sushant Guru and Sudam Nayak. They had spread a reign of terror in the two cities for the last four months and were involved in about 25 snatching cases.

The arrested criminals used to come on pulsars and snatch gold and cash from the morning walkers by attacking them with Katuri (sharp weapon) in the twin cities, said Priyadarshi.

Following registration of several cases a joint team of Commissionerate Police, Khandagiri police and Saheed Nagar police was formed and several raids conducted resulting in the arrest of the gang members.

The CP said their focus is on checking street crime and this was one of the major successes for the police.