Odisha 8th Among States With Most COVID-19 Cases, 10th In Testing 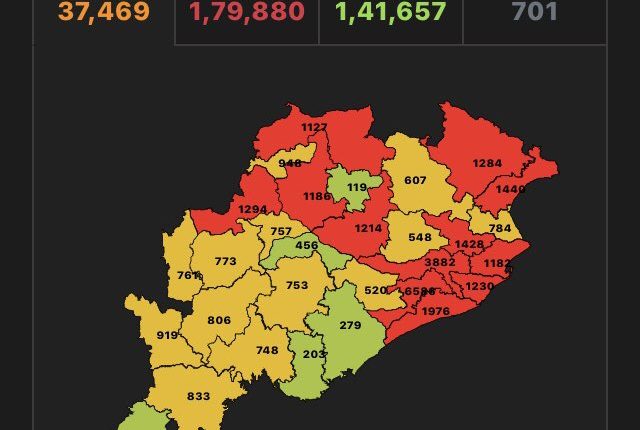 Bhubaneswar: The COVID-19 tally touched 179880 on Sunday as Odisha saw the biggest spike of 4330 positive cases in the last 24 hours.

Odisha is now number 8 among all states and UTs with over 125000 confirmed cases. 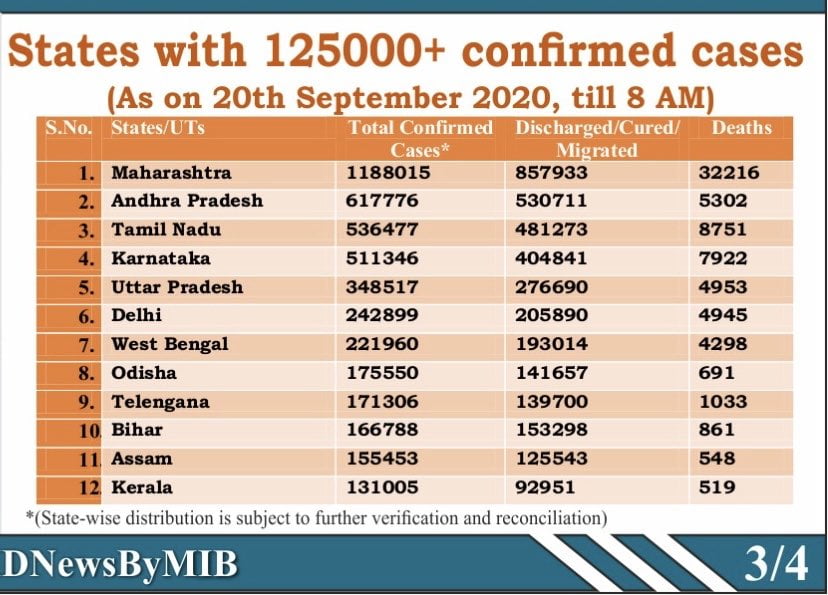 According to the Ministry of Health and Family Welfare, the state, along with Assam and Kerala, has the lowest case fatality rate and 10th in recovery rate among 20 states with the highest corona cases.

While 701 patients have so far succumbed to the infection, the cumulative recoveries stand at 141657.

In August, the labs in Odisha tested over 1 million samples compared to 6.7 lakh in the last 4 and a half months.

Odisha had become the second state in the country to conduct the maximum number of COVID tests per day per million population during that month. It was then conducting 1,265 tests per million per day.

Now, Odisha with 1078 tests per million population is 10th among all states and UTs, which is slightly more than the national average of 875. 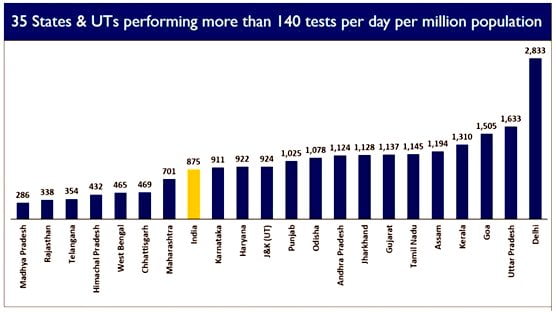 There also has been a slight rise in positivity rate from 6.2 per cent to 6.5 per cent with the daily average hovering over 8 per cent in the last few days.

On September 15, Secretary, Union Health Ministry, Rajesh Bhushan had said that states, which are reporting a higher positivity rate amid an increase in tests, have been asked to ramp up the testing further.

Though Odisha’s positivity rate is lower than the national average, the continuing spike in COVID-19 cases calls for an increase in the tests to identify the infected.

I Wish To Make Odisha Known Through My Music: Nazia Alam