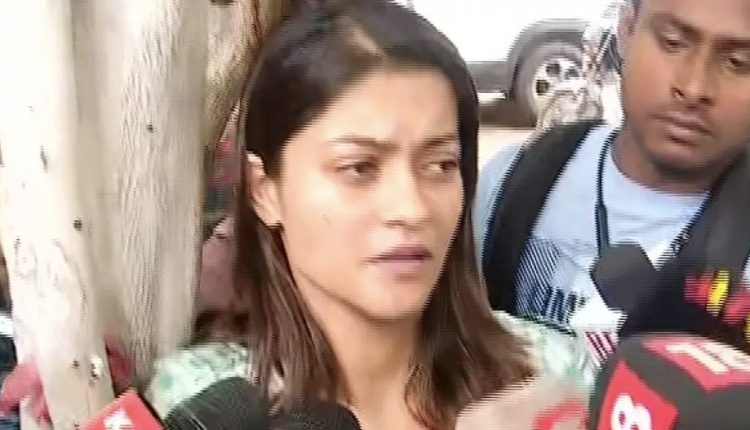 “I have filed suit because I have been defamed. I would also like to say that law will take its own course. Everyone is privy to the justice and injustice meted out to me. The court will take a call on my plea and I have full faith in the judiciary,” she told the media.

Her lawyer Byomakesh Tripathy said that Trupti Satpathy and Lalit Satpathy have been made parties in the defamation suit. “An injunction suit has also been filed for the removal of videos from YouTube which are defamatory to Prakruti Mishra in connection with the case. She has been vitimised,” he said.

The lawyer, however, said that Parkruti will withdraw the defamation suit and the matter can be resolved amicably if the duo apologised to her.

As Babushaan’s marital dispute spilt onto the streets of Bhubaneswar, the 27-year-old actress had lodged a complaint with police, alleging that Tirupati and her father along with some goons stopped the vehicle in which she was travelling for work and assaulted her physically and mentally, on basis of which a case was registered under Sections 341 (punishment for wrongful restraint), 294 (use of obscene language), 323 (punishment for voluntarily causing hurt), 506 (criminal intimidation) and 34 (acts done by several persons in furtherance of common intention) of IPC.

Alleging police inaction, she had moved the HC and prayed for a probe by an independent agency, besides including certain sections of IPC in the case.

This came close on the heels of a video released by Babushaan, where he had apologised to his wife and father-in-law for the hardships they had to undergo because of the police complaint and promised never to commit the mistake again.

His wife had accused him of having an extra-marital affair with his co-actor and claimed to have caught them red-handed a few times. In a video message, Prakruti later said that her behaviour was completely unacceptable. “Unfortunately, we are living in such a society where a woman is blamed even before listening to her,” the actress said adding that she had full faith in law.