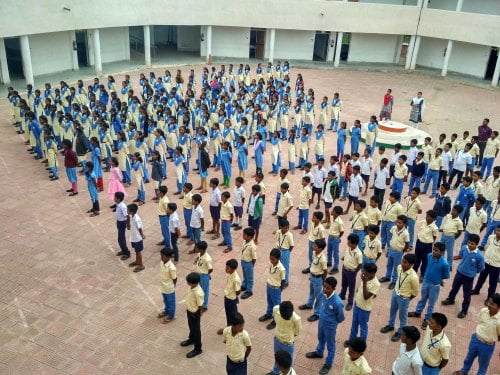 Congratulating the students, faculty and OAVS officials, Chief Minister Naveen Patnaik tweeted, “ It is a matter of pride that our vision to empower every child with education is coming true.”

Congratulate students, faculty & @OAVS_Official as OAV Hatiota, Ganjam & OAV Patharchepa, Balangir have emerged as @EWPortal‘s top Govt Schools in India School Rankings 2021-22. It is a matter of pride that our vision to empower every child with education is coming true. #Odisha pic.twitter.com/RymaNzK6OV

The ‘Model School’ concept was launched by the Centre under the Central Assistance Scheme in the year 2010-2011. However, it was delinked from the scheme from the financial year 2015-16 and the state government took it forward with additional features.

The co-ed schools are now functioning at the block headquarter in all the 314 blocks of Odisha at the secondary and higher secondary level from classes VI to XII. Besides spreading modern education in remote parts of Odisha, the OAV aims at integrating students of small towns and villages with mainstream education.

Odisha Adarsha Vidyalaya Sangathan (OAVS) was established on September 19, 2015, as a society, to look after these 314 schools.

An iconic Adarsha Vidyalaya is now being planned at Andharua, on the outskirts of the Odisha capital, with an estimated cost of Rs 100 crore.