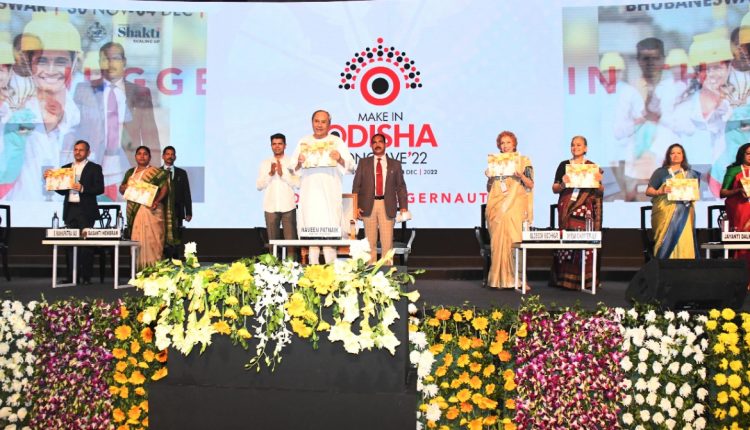 Bhubaneswar: Asserting that the aim of his government is to transform the Self Help Groups (SHGs) into Small and Medium Enterprises (SMEs), Odisha Chief Minister Naveen Patnaik on Saturday said empowering women is is not just a slogan but a sacred responsibility.

To further strengthen Mission Shakti Federations and turn them into vibrant financial hubs, the Chief Minister announced that a revolving fund of Rs 1 crore will be given to each district federation, and a fund of Rs 50 lakh to each block level federation

“Women empowerment is not just a slogan for his government, it is a non negotiable code. It is a sacred responsibility,” Naveen said, adding that it is his strong belief that no household, no society, no state or no country has ever moved forward without empowering its women.

Noting that six lakh SHGs are working in Odisha, he said the aim of the state government is to convert SHGs into SMEs and  “We are prepared to run the extra mile to make it happen”.

The government’s decision to provide interest-free loans of up to Rs 5 lakh to the women under Mission Shakti will benefit lakhs of women, Naveen said, adding that the Cabinet has decided to procure goods and services worth Rs 5000 crores from SHGs in 5 years. Around one lakh SHGs are benefiting from this.

The Chief Minister further announced that a special office building with a market complex will be built for the Mission Shakti federation at the panchayat level.

He also announced that to encourage entrepreneurship among women, micro-agri industrial parks will be set up in all 30 districts of Odisha.

As women play a major role in transforming Odisha, the government will always work for their holistic empowerment, said Naveen.

Similarly, Odisha Rural Bank, State Bank of India and UCO Bank, which have done a good job in providing loans to SHGs, were felicitated.

In her speech, Mission Shakti Minister Basanti Hembram highlighted the steps taken for the development of women. Mission Shakti Secretary Sujata R Karthikeyan delivered the welcome address, while the departmental director gave the vote of thanks.