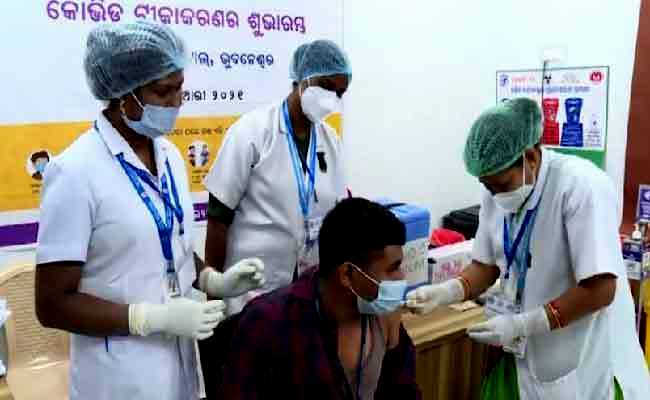 New Delhi: Odisha is among the 10 ‘hotspot’ states that have been asked to implement stricter COVID curbs by the Centre. Warning them against laxity, the Centre said these states are witnessing an upsurge in infections and positivity.

The Health Ministry said any laxity at this stage will result in the deterioration of the situation in these districts. Besides Odisha, the Union Health Secretary Rajesh Bhushan chaired a high-level meeting on Saturday to review the COVID-19 situation in Kerala, Maharashtra, Karnataka, Tamil Nadu, Assam, Mizoram, Meghalaya, Andhra Pradesh and Manipur.

The public health measures taken for surveillance, containment and management of COVID-19 by the health authorities in these states were also reviewed. These states are either reporting a rise in daily COVID cases or a rise in positivity.

In a statement, the Health Ministry said, “All districts reporting positivity rate of more than 10 per cent in the last few weeks need to consider strict restrictions to prevent/curtail the movement of people, formation of crowds and intermingling of people to prevent the spread of infection.”

Noting that more than 80 per cent of active cases in these states are reported to be in home isolation, the Health Ministry said in a statement there is a need to effectively and strictly monitor these cases so that they do not meet other people and spread the infection.

“The people in home isolation should be effectively monitored in such a manner to ensure that those who require hospitalization are seamlessly transferred for timely clinical treatment. Detailed standard operating procedure covering various facets of effective clinical management of COVID-19 patients in hospitals have been earlier shared with the states for prompt shifting and effective hospital management,” the Centre told states.

The ministry also asked states to focus on those districts where the positivity rate is less than 10 per cent to protect them and the populations by focusing on saturation of vaccination there. “States were again informed that this quantum of vaccine doses indicates the minimum possible allocation by the Centre to the states; quantum more than this is usually delivered by the Union Health Ministry to states based on their consumption,” the statement said.

Other directives to states